“Anything But God’s Prophet” … Including Freedom of Expression 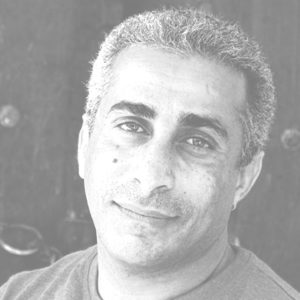 Hussein Alwaday
Yemeni Writer and Jurist
October 24, 2020
Menu
The Muslim world’s clash with freedom of expression is long and problematic. The campaign currently spread under the slogan "Anything But God's Prophet" appears to be another addition to the unnecessary clash between Islam and freedom of expression.

Of course, the political aspect of this campaign cannot be overlooked, as it comes about almost exclusively by forces and groups linked to the Muslim Brotherhood and political Islam, and is a cover-up of another boycotting campaign related to Turkish goods led by Gulf countries intertwined with the Qatari-Turkish axis. The campaign actively publishes photos and names of French goods to be boycotted, and then moves with thoughtful craftsmanship publishing a speech by Turkish President Recep Tayyip Erdogan attacking the West and French President Emmanuel Macron, presenting himself as the only soldier in this field.

The campaign seeks to achieve an almost impossible goal, which is to immunize Islam from criticism within the Western world itself, and to deliver a message to the West that any criticism or ridicule would cost them more than they could afford. However, this political dimension cannot diminish the seriousness of the tension between the West and Muslims, as well as between Muslims, and one of the most important values ​​of the modern era: freedom of expression.

This tension had remained confined within the borders of Islamic countries in the past, and governed by laws that end these kinds of clashes by silencing the dissenting opinions, confiscating writings, imprisoning the writers, or in other cases killing them or forcibly applying apostasy onto them. However, 1989 transferred this Islamic clash with freedom of expression to broader and more dangerous limits.

The leader of the Iranian revolution, Imam Khomeini, issued his infamous fatwa, in which he demanded that any Muslim apply the death penalty as retribution against the writer Salman Rushdie, for his dramatic descriptions of the characters of the Prophet Muhammad and his wife Aisha in his famous novel “The Satanic Verses”. It can be said that this case was the first one that took place affecting freedom of expression with a global character, the discussion around which was also global, crossing borders, countries and cultures. That year was at the end of the Cold War, the collapse of the walls of the socialist camps, and the world entering the era of globalization of trade, economy and information. But at the same time, it was also an era of the globalization of narrow identities and religious fundamentalisms.

The success of the Muslims of Europe, on the one hand, and the Muslims of the Islamic world, on the other hand, in getting rid of political Islam’s hijacking of Muslim voices, will not be accomplished unless Muslims understand that ideas and religions should not be protected from criticism, and that freedom of expression includes within it the right to offend and provoke the beliefs of others.

Muslims in Europe burned copies of the novel, and marched in demonstrations calling for the killing of the novelist, Rushdie, and with that the Arab Islamic world ignited an emotional wave of anger against a novel that most had not read. With the exception of a small handful of intellectuals in the Arab world, the majority of Arab intellectuals marched within the emotional wave of anger, rejecting the principle of freedom of expression when it came to dealing with religion.

In that year, from my point of view, Muslims lost two big battles: The first was with freedom of expression, with the reaction of the Arab and Islamic world being a major failure in terms of understanding the principles of freedom of expression, and the traditions relating to criticizing the sacred. The second was the issue of their integration in the era of globalization and the open world; Muslims have instead presented themselves in the era of globalization through identity politics and civilizational isolation. Then 2001 came with the bombing of the World Trade Center in New York, to entrench the false face in which political Islam continued to present itself and present Islam to the world through, and the face of jihadist fundamentalism with its two sides of extremism and terrorism.

In 2004 political Islam created another bloody battle for freedom of expression when a young Muslim man killed the Dutch director Theo van Gogh for making a film critical of Islam. The year 2005 brought about the crisis of the Danish cartoons and the irrational reaction it sparked in the Islamic world, pushing Muslims more towards the wrong side of history, and digging deeper trenches between Islam, Muslims and freedom of expression as a fundamental principle of democracy and social and political life in the era of globalization. The Islamic counter narrative to freedom of expression was based on three points: The first was the condemnation of terrorist incidents, but at the same time the condemnation of the act of freedom of expression. The second point was the claim that terrorist incidents targeting artists, journalists and intellectuals are only a product of the provoking of the feelings and beliefs of Muslims. The third point was that the solution to avoiding more incidents of terrorism is to abandon the idea of ​​freedom of expression in relation to Islam, and to immunize it from criticism, even if other religions accept criticism without any violent reactions.

Muslims in Europe seem to be the weakest link in a conflict that is taking place between the “Islamic majority” in the countries of Islam, against the majority of Western citizens in Europe. They, as a minority, cannot repeat the discourse of “Islamic supremacy” centered on “Anything Except the God’s Prophet,” which doesn’t accept anything less than complete victory and the complete immunization of Islam against any criticism.

Needless to say, this narrative has cemented the position of Muslims on the wrong side of history as a group hostile to freedom of expression and the values ​​of secularism and republicanism. This narrative will be the ideological backdrop to the Charlie Hebdo massacre in 2015.

After each of these massacres, Muslims move from the dual discourse (‘we condemn terrorism’ but at the same time ‘we condemn the victim’) to playing the role of the victim and shifting the issue from one of terrorism and an assault on freedom of expression to the issue of targeting Islam and fighting Muslims.

Muslims in Europe seem to be the weakest link in a conflict that is taking place between the “Islamic majority” in the countries of Islam, against the majority of Western citizens in Europe. They, as a minority, cannot repeat the discourse of “Islamic supremacy” centered on “Anything Except the God’s Prophet,” which doesn’t accept anything less than complete victory and the complete immunization of Islam against any criticism. They should instead be required to disengage from the effects of radical Islam outside Europe, which is pushing them more and more towards a losing confrontation with their new countries of residence. With Saudi Arabia slowly dismantling the system of radical Wahhabi Islam, Turkey and Iran remain the major players in radical Islam across the world.

The Union of Preachers and Imams of France presented an advanced speech in which they publically considered the slain teacher a martyr of freedom, and clearly called for the defeat of radical Islam and for its prevention before it kidnaps Muslims inside France. This developed a position, which differs greatly from the traditional Islamic position, that is now being surrounded by a professionally internationalized campaign that seeks to restore the scenario of ideological confrontation between Islam and the West that occurred in the Danish cartoons crisis in 2005, and is trying to regain control over the Muslims of France who are attempting to swim in deep waters between political Islam and the far right.

In this context, Erdogan plays in the arena of religious sentiments to present himself as a caliph, leader and a skilled player of religion in the service of politics. Erdogan talks about Islam while in reality seeks to serve Ottoman nationalism and narrow Turkish interests, and presents himself as a defender of persecuted Muslims in Europe while carrying out the largest operation of persecution and confiscation of freedoms for Turkish citizens and minorities in Turkey.

The success of the Muslims of Europe, on the one hand, and the Muslims of the Islamic world, on the other hand, in getting rid of political Islam’s hijacking of Muslim voices, will not be accomplished unless Muslims understand that ideas and religions should not be protected from criticism, and that freedom of expression includes within it the right to offend and provoke the beliefs of others.

The only thing the laws of the modern world refuse to do is promote hate and discriminatory speech, and this is the winning arena in which the efforts of Muslims must move after they get rid of the hate speech and discrimination they direct against others!