He Defended his Brother and Got Shot … Welcome to Egypt

Youmna Al-Kadi
Egyptian Journalist
October 6, 2020
Menu
“I saw Owais on the ground, soaked in his own blood, and his father was next to him, unable to stand on his feet.” Here is the story of Owais, the man who was killed by the Egyptian police in front of his own father.

He was a simple man, finishing his work and returning home early, carrying candy and small toys for his children, awaiting the birth of his third child. He did not occupy his mind with politics much, for as long as he could secure his daily sustenance from his employment at the International Hospital in Luxor, he didn’t care for much else. Nonetheless, in a state that doesn’t respect freedom of expression, protest, nor the public’s sanctity and pain, the citizen is forced to defend himself at all times, even in the face of his own country … Apparently that might mean that he may end up with a bullet in his head, fired by a police officer, one that would silence his voice forever. Thus, our protagonist’s children and wife are deprived of his love and tenderness, for the rest of their lives.

The stories I am narrating are not fictional events adapted from some old movie, but rather an event that casually occurred in the village of Awamiya in the Luxor Governorate at dawn on Wednesday, September 30, 2020.

Starting from September 20, the village of Awamiya in Luxor participated in protests similar to the rest of the villages in Egypt, with those protesting confirming that their movement came as a response to the arduous and unjust economic, social and humanitarian conditions against the Egyptian people.

The Egyptian police and security proceeded to arrest the protesters and pursue other activists from their homes, including Diaa al-Rawi, a young man who had been calling to overthrow the regime, using his social media accounts to write about his opposing opinions. When they didn’t find him in his home in Awaymiya, they decided to detain “Al-Rawi Al-Rawi”, his cousin and Owais Al-Rawi’s younger brother. After the family refused Al-Rawi’s arrest, especially Owais, the police officers forcefully handcuffed the young brother. Owais chased them outside of their home in an attempt to free his young sibling, to which the police responded to by firing five shots, waking the neighbors from their sleep, to the sight of Owais bleeding on the ground, after a bullet was shot into the middle of his head.

“I saw Owais on the ground, soaked in his own blood, and his father was next to him, unable to stand on his feet,” A neighbor who witnessed the incident tells Daraj. “His brother was trying to get out of his handcuffs to take him to the hospital, and his wife and mother were screaming. It was a really devastating scene.”

“After that, neighbors rushed out of their homes to Al-Rawi’s house, and some of them tried to help and took Owais to the hospital, but he died before he arrived, and was kept in the hospital so that a report can be written on the incident,” He added. “The villagers were so angry, that young protesters from there have kidnapped three police members since then. They aren’t part of the security force that killed al-Rawi, but they work for the benefit of the Security Directorate in Luxor, through which they suppress protesters and leak their data to the security forces, who often come at dawn to arrest people.”

“In the village, they say that one of these kidnapped police members was the one who leaked Diaa al-Rawi’s information to the police, as well as at least 25 others who were arrested in Awamiya because of the protests,” another source explains.

The Police Will Never Change

Another source from the village, one of the January revolutionaries, told “Daraj” that “the police kept Owais’s body for many hours, and the villagers had to bargain for it with the release of the three police members.” The source adds that the meeting was attended by senior families in Awamiya and representatives of the Ministry of Interior from Luxor and Cairo, and went on for a long time, to determine whether Al-Rawi’s rights were taken from him, and the session ended with promises from Interior representatives to prosecute the officer who killed him.

“What was strange was that after this meeting, senior families in Awamiya forbade their members from demonstrating nor speaking to journalists or TV channels, and all of them issued circulars that those who will discuss the incident publically would be limited to the elders of the family,” the same source continued. “This angered the youth of Awamiya.”

The source believes that these elders are not affiliated with the police, but rather that this firmness comes with the intent to not politicize the incident in mind. This is because some village residents interfered with Muslim Brotherhood channels and spoke to newspapers funded by them.

According to the source, what increased the youth’s fury was that after they had succumbed to the elders and released the police members, Owais’s body returned accompanied by a large and armored police car, a large number of soldiers, and an ambulance; then, the soldiers attacked the families who came from all over Luxor’s villages to attend the funeral with tear gas. The soldiers not only didn’t respect the villager’s grief and mourning, but dispersed the families with tear gas and pursued them even at Owais’s funeral.

According to the source, the residents, both men and women, used bricks to confront the police, who in turn used heavy bullets and tear gas canisters, then cut off electricity to the village for more than a day.

After that, neighbors rushed out of their homes to Al-Rawi’s house, and some of them tried to help and took Owais to the hospital, but he died before he arrived.

The Protests Are Still Going

Protests in Egyptian villages and multiple areas in Cairo are still going on.

“It is difficult to quantify the number of citizens arrested or forcibly disappeared, the actual number is much greater than the one declared by civil society institutions,” A human rights lawyer working for the “Biladi” Center (a civil society organization) tells “Daraj”.

As of October 2, 2020, the Egyptian Commission for Personal Rights documented 676 cases of arrest on the sidelines of the September 20 demonstrations.

The Commission confirmed the pre-trial detention of 532 detainees, and the release of 26 people, and indicated the continued disappearance of 118 others who did not appear in any prosecution or place of detention so far.

The Giza governorate has the highest number of detainees with 194 people, followed by Cairo with 175 people, and Minya with 80 detainees. Most of those arrested were interrogated pending Case No. 880 of 2020, Supreme State Security Inventory.

What are the Repercussions of Owais Incident?

A political analyst, who refused to be named, told “Daraj” that the Owais incident was like petrol that was set on fire, fueling the Egyptians’ anger, as many were already so unhappy because of the arrests, high prices, instability of salaries and the economic repercussions of the inflation of the Egyptian pound.

“This time, they are choosing anger over their poverty, and what they want is the opposite of what they had requested on January 25, which was of more political than social dimensions,” He adds. “Now the poor are screaming because of their inability to support themselves and their families. Therefore, you must listen to them and stop arresting them randomly, otherwise the consequences will be dire.”

The political analyst believes that the simple demonstrations in the villages are not a response to Muhammad Ali and his aides. Their calls may have encouraged people to return to the streets, but it is not fully the reason why this was happening. “Most of the protesters in the videos are simply impoverished and uneducated people, who probably don’t know anything about the conflict between Sisi and the Brotherhood. They don’t care who rules Egypt, they just care that they can secure their daily sustenance.”

Ann Dismorr – Gisèle Khoury
Dedicated journalists and other media staff in Lebanon must be able to carry out their important work keeping the public informed throughout these multiple crises, in an open atmosphere free from repression.

Fadi Twainy
In order to understand the motivation behind recent “Lebanese Federalism”, let’s hear the arguments made by some of its advocates…

Letter to Lebanon: Nando’s House Is Not The House it Once Was

Wissam Assouad
A heartfelt eyewitness account of August 4, 2020. Wissam was with his friends in Karantina until an hour before the explosion. Moments later, he rushed back to a scene of utter devastation to see if any of them were still alive.

Vicken Cheterian
I know it will happen again. It did happen again to me when last year the Turkish Army with its generals, F-16s and Bayraktars went back to attack the Armenians of Karabakh 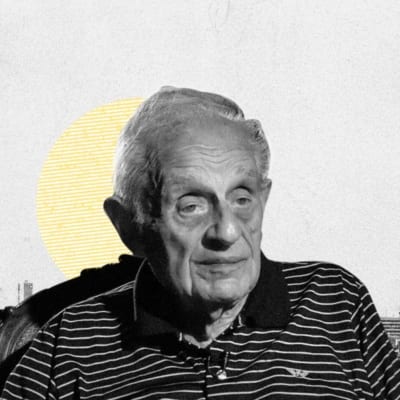