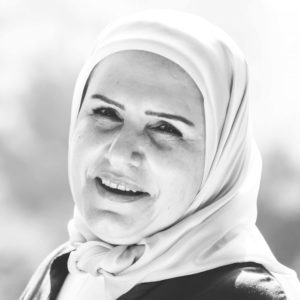 Badia Fahs
Lebanese Writer and Researcher
September 15, 2020
Menu
In cases of imprisonment and execution, when the international pressure on Iran intensifies, the Revolutionary Court usually resorts to the option of “fake escalation”, when in truth, it is actually seeking the physical liquidation of dissidents…

Once again, the Islamic Revolution proves that it has managed to transfer Iran from the monarchy to the republican system, but without considering any critical humanitarian issues. On Saturday 12th September, the court challenged all the domestic and international humanitarian calls and appeals to abolish the death penalty against political dissidents, prisoners of conscience, and protestors, by executing Navid Afkari (27 years old), the young Olympic wrestling champion, in Adel Abad Prison in Shiraz, after the Revolutionary Court accused him of committing a crime entitled “Muharaba”.

“Muharaba” is a charge punishable by execution, in both civilian and Shari law, according to the Iranian judiciary which is controlled by hard-line clerics. The charge is often directed at political dissidents and participants of protests, and also includes other charges like seeking to overthrow the regime, communicating with a hostile party, assassinations, and others.

Afkari was not only a national and international star in the field of wrestling for youth, but also a political activist who opposed the regime. He participated in many popular movements against the Islamic regime, the most recent of which are the demonstrations that broke out in Shiraz, and some other Iranian cities, two years ago (in 2018) to protest against the high fuel prices.

Unprecedented violence was practiced during those demonstrations to suppress the protestors, which was followed afterwards with a severe wave of detentions which resulted in the arrest of Afkari and his two brothers, Wahid and Habib, who were placed in separate cells in the aforementioned prison.

Following show trials, where restrictions were imposed on the defense lawyer in their case, the Revolutionary Court issued its final rulings and sentenced the two brothers to 54 and 27 years of imprisonment, along with the sentence of “whipping”. Navid received two death sentences along with six and a half years of imprisonment, in addition to 74 lashes after he was framed as the murderer of one of the guards of the Shiraz Water Company.

Navid ended up gaining great sympathy from the Iranian public opinion since his detention and he got 10,000 signatures to call for the abolition of his death sentence. Also, activists managed to take his case to an international level, as international humanitarian organizations, as well as European governments and figures, intervened to push the Iranian government to give up its decision, but to no avail. A few days before the execution, Donald Trump, the American President, wrote a tweet on “Twitter” urging the Iranian authorities not to implement the verdict: “To the leaders of Iran, I would greatly appreciate it if you would spare this young man’s life, and not execute him. Thank you!”

During the two years of his detention, Navid tried to commit suicide more than once, due to his severe suffering from the effects of the psychological torture, and the cruelty of the physical torture adopted by his torturers to force him to confess a crime he did not commit. Navid was seen in a video aired by the Iranian State TV, where he confessed, in an unconvincing tone and an exhausted face, that he “stabbed the man twice,” exposing that it was probably a forced confession. His lawyer was suspicious about the timing of its publishing, and the truth about the video came out through an audio recording published by his family, 24 hours after his execution, where Navid was asking for help to prove his innocence and saying that he was forced under torture to confess to murdering the guard victim.

On the other hand, lawyers are asking a lot of questions about what they called “Suspicious actions” which took place in the last hours of Navid’s life. On Thursday evening, before the Saturday of the execution, the guards of the prison suddenly transferred Navid from his cell to an unknown place. Right before midnight Friday, he was allowed to call his family. According to Iranian law, persons sentenced to death are transferred into solitary confinement 24 hours before the implementation of the verdict but are not allowed to communicate with the external world. Thus, lawyers believe that allowing him to make this call confirms that he was not supposed to be executed on the next day (Saturday), or maybe preparations were taking place, so what prompted them to rush into the implementation of the verdict?

Lawyers believe that torturers rushed into the execution of the verdict because they knew that the murdered guard’s family was getting ready to travel to Shiraz to waive their right for “Qisas”, which, according to Iranian law, states that the death penalty against any perpetrator shall be abolished at a direct request from the parents of the victim. The parents of the victim were actually about to board the plane heading from the Tehran airport to Shiraz until they were informed of the execution.

In the same context, activists point out In cases of imprisonment and execution, when the international pressure on Iran intensifies, the Revolutionary Court usually resorts to the option of “fake escalation”, when in truth, it is actually seeking the physical liquidation of dissidents… The clerics who hold the reins of the judiciary, and have direct relations with ultra-orthodox popular groups, as most of them are eloquent preachers, imams of Friday prayers, and heads of the local community. They commonly need to create fights with illusionary enemies to secure their prolonged ruling and power.

Khomeini and the Execution Appetite

Accordingly, since its victory on February 11, 1979, the Iranian Revolution has convinced these groups that they are targeted domestically and internationally, therefore making use of the execution as a means of self-defense.

Only four days after the historic victory, Imam Khomeini ordered the formation of the first Revolutionary Court and entrusted its presidency to the notorious butcher Sadegh Khalkhali. Its first judgment was executing four Armed Forces Generals. In less than a year, the court sentenced 438 citizens to death, in the accusation of their allegiance to the Imperial (Shahenshahi) regime. Rumor has it that Khalkhali carried out with his bare hands most of the executions sentenced by his court.

In addition to the loyalists of the deposed Shah Muhammad Reza Pahlavi, the Revolutionary Court devoted itself to execute the believers of the banned Bahai doctrine, who are a slim minority scattered all over Iran, hardly forming a real community. Since the victory of the revolution, 204 Bahai were sentenced to death so far.

About ten years after the victory, Iran witnessed the most furious slate of executions in its modern history, as Imam Khomeini signed orders to execute thousands of political opponents and detainees, in response to the armed attack waged by groups of “Mujahideen-e Khalq” from the Iraqi lands (Operation Mersad), the execution toll reached 4482 people, who were buried in mass graves.

With the recurrence of the sanctions at present, the execution toll in Iran is on the rise again, in defiance to the will of the international community. Human rights organizations operating inside Iranian territories have not counted the number of executions for the current year. While a simple review of a number of their websites shows that, in the past year 2019, Iran surpassed China (Topping the list) in the number of executions, as it carried out 280 death sentences, and it had the highest number among countries that apply this capital punishment. Not to mention field executions, which took place in the last November Uprising, and targeted 304 demonstrators. Iran executed 253 citizens in 2018, and 517 citizens, ten percent of whom were women, in 2017, and in 2016, it executed 504 citizens, in addition to 972 citizens in 2015. From 2014 to 2013, 852 citizens were sent to their deaths, 8 of whom were under eighteen when the crime was committed.

According to Iranian law, the death penalty becomes mandatory, in the following “criminal” cases: political opposition, willful killing, rape, child sexual abuse, same-sex relationship (If repeated), drug trafficking, the kidnapping of people and airplanes, Hirabah, and apostasy. Most executions take place between the morning prayer and sunrise, according to the jurists.

As for the methods of execution, they are numerous, including hanging, firing squad, burning, guillotine, gas chamber, electric chair, suffocation to death, by saw, and other methods. Executions are carried out of sight and sometimes in public.

The execution of Navid Afkari is yet another episode, in a series of seemingly never-ending humanitarian transgressions, which Iran has been witnessing since the victory of the Islamic Revolution to this day. Despite the daily struggles of a very large segment of the Iranian population, including state officials, reformist clerics, artists, journalists, activists, exiles, civil organizations, civilians, and others. And despite the international appeals, revolutionary Iran continues to adhere to this punishment, which it has incorporated into the core of its laws and considers it one of its sacred defense rights.