The “Veto” of Arms Forming the Governments of Lebanon 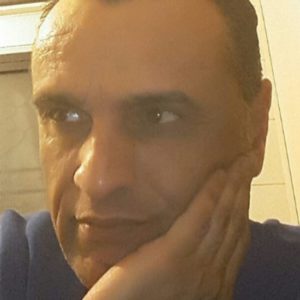 Tarek Ismail
Lebanese Writer
September 18, 2020
Menu
Hezbollah knows, and so do we, that it has a “veto” right, represented by “its armed force”. We should also be aware of why the party has always insisted on giving this armed force its constitutional legitimacy, through the triad of “the army, the people and the resistance”.

On May 7, 2008, Hezbollah used its real veto from outside the official institutions, thus making the day that the party’s secretary-general considered glorious!

Refreshing the memory is a necessity that may lead to an understanding of the current controversy over the position of political Shiism in the internal balances, and linking it to the adherence of the duo, “Hezbollah” and “Amal Movement”, to the Ministry of Finance, and subsequently, the signature that gives the Minister of Finance a partnership with the President of the Republic and the Prime Minister in all that requires financial disbursement, which is required by most decisions and protocols issued by the authority.

The above-mentioned signature seems to give the political Shiism a “Veto” against all that is not in line with its orientation, but this Veto, if we remember correctly, has only been used by the duo (specifically the Amal Movement) in the controversy provoked by the promotion of officers of the “Aoun Cycle”, which is an event that would not be considered threatening to the constants by the Shiite duo, and specifically Hezbollah.

At the time, President Michel Aoun considered that the decree of promotion does not require the signature of the Minister of Finance, while the speaker of parliament Nabih Berri insisted on the illegality of that decree unless signed by the then Minister of Finance Ali Hassan Khalil, who is affiliated with Nabih Berri. The “holy signature” used as a hashtag by Amal Movement’s supporters, in an environment that perfects the manufacture of ‘sanctities’, was considered a blow to the Lebanese charter, that is linked to the signature of the minister, which has now returned to be the event upon which the birth of the government depends.

The irony is that the controversy in question ended “the Lebanese way”, with a settlement during which Aoun and Berri achieved their goals, and with the signature of the Minister of Finance.

The current Lebanese charter, for which the signature is laying foundation, seems lame compared to other charters to which the authoritarian duo of the sect have been holding on, and imposing since the 2005 earthquake that struck Lebanon and led to the assassination of President Rafik Hariri, which was followed by the withdrawal of the “mandate” Syrian regime army, which until that time had been the only entity capable of managing internal balances. It is most likely that the withdrawal in question forced Hezbollah to fill its void, thus generating the charters that produced the current charter created by a minister’s signature.

The first of these charters was the one which was used by the Shiite duo in the face of the government headed by Fouad Siniora (2005-2008) at the cabinet session in which the international court on the assassination of President Hariri was voted on. At which time, the Shiite ministers affiliated with Hezbollah and Amal, who are the total Shiite representation in the government that Berri described as crippled, retreated. It is generally the custom that has been going on until no; choosing all Shiite ministers from the Shiite duo, as a balancing chartist weight, while the only case that violated this state was in the government of Saad Hariri (2009-2011), but it is a situation that can only be invented by a mind that knows how to present in the form what it does not offer in substance.

Adnan Al-Sayyed Hussein, the “king minister” in Saad Hariri’s government which was based on “three tens”, is the Shiite minister who was the “deposit” of the duo in the share of President Michel Suleiman. The aforementioned assembly “Taqreisha” assumed that none of the forces that were then dividing the political scene, or what was known as the March 8 and March 14 alliances, acquired the dysfunctional third, which, if correct in terms of form back then, seemed to be a complete disruption when Mr. Hussein submitted his resignation with the ministers of March 8, and thus the government of President Saad Hariri, who was about to enter the White House, collapsed.

On May 7, 2008, Hezbollah used its real veto from outside the official institutions, thus making the day that the party’s secretary-general considered glorious!

Thus, the above two charters are necessary, to understand the fear expressed by the Shiite duo (specifically Hezbollah) from the supposed government of Mustafa Adeeb, and their adherence to the Ministry of Finance as a single charter that could be instantly available through a signature, especially since they do not have a say in either of the aforementioned charters, whether by naming the Shiite ministers, or by obtaining the dysfunctional third, even if they talk a lot about the two charters, they know that it is a political luxury that will not be acceptable to the new French guardian.

Again, as the Shiite duo loses two “charters” that have been necessary to form the governments of Lebanon since the government of President Siniora, and negotiates a charter based on the signature of a minister, and while the three charters come, or at least two of them, come as constitutional novelties, but from within the legitimate institutions, Hezbollah knows, and so do we, that it has a veto, which is “its armed force”. We should also be aware of why the party has always insisted on giving its arms its constitutional legitimacy through the triad of “the army, the people and the resistance”, which has become habitual in the statements of successive governments, albeit from outside those institutions, which led the party and its allies to carry out the May Invasion in a clear dependence on that governmental legitimacy, under the pretext of protecting the legitimacy of their armed force. Yet, the party today magnifies the importance of the signature of a minister who was considered an affiliate of “Amal Movement”, and because he probably realizes that the “veto” that its armed force represents won’t be available if the Government of Adib were to go in the direction drawn for Lebanon and the Lebanese.