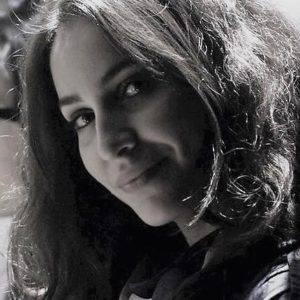 It is no secret, the “Fairmont” case is extremely grim and complex; the report was written six years after the rape crime had taken place. The criminals: a number of young men in the Fairmont Nile City hotel in central Cairo. It is not difficult to imagine why it took the victim so long to report the crime… the assailants had drugged and raped her, drawing their initials on her body, all of which they filmed as it happened, arrogantly circulating their movie widely when it was over. These details would make it extremely difficult for the survivor of this crime, to fully recollect and arrange the events of this trauma.

The circumstances of the Fairmont assault did not meet the “perfect story” conditions in the eyes of Egyptian society, for it took place in a luxurious hotel, one infamous for upper-class sexual parties, not a dark street behind a highway or a dodgy little store in the neighborhood.

Sexual Violence in its Class Dimensions

All too often, legal and social barriers stand between a survivor of sexual violence and the justice she seeks. Still, in the “Fairmont” case in particular, the complainant overcame most of these pitfalls, and went ahead with the complaint that she had submitted to the Egyptian Public Prosecution through the National Council for Women in early August 2020, and subsequently endured the uncomfortable process of repeating her stories, testimonies and judicial procedures.

This raises the question however, can the survivor fight against the ‘class immunity’ her violators have, given that most of them fled the country and went into hiding once their photos were published on accounts specialized in tracking crimes of sexual violence on social media?This case, which borrowed its name from the famous hotel on the banks of the Nile, does not only implicate wealthy men, as is the case for Ahmed Bassam Zaki, for example, a wealthy young man accused of harassing a number of women – among them wealthy too – and who was relatively easier to arrest; rather, it involves individuals who wield pervasive influence within the Egyptian state administrations, and reaches those most sheltered in the pillars of the ruling system, both politically and economically.

“Class affiliation has always affected the course of any event in countries ruled by sharp class differences, such as in Egypt,” Egyptian feminist writer Raneem Afifi tells “Daraj”. “But it is worth noting that the upper class here is not a single homogeneous bloc, but rather governed by several levels.”

“The situation is that the Fairmont incident affects our society’s ‘dignity’, which explains the ambiguity surrounding some of the procedures related to this case,” She continues. “It also explains why the media’s current actions are to simply fill that vacuum with electronic campaigns in support of victims and witnesses, among them ‘Nazli Karim’, who turned from a mere witness to a suspect.”

From a Witness to a Suspect …

It seems the Egyptian Public Prosecution Office likes to shackle useful whistleblowers. An Egyptian activist, who preferred not to be named, explains to Daraj that she fears that converting witnesses in the case to suspects of crimes against so-called “decency” or “incitement to debauchery” and the “misuse of social networking sites”, would have an incredibly negative effect and would revoke the credibility of their testimonies against the original suspects, who would in turn no longer be considered in the investigations.

“Strange things have been happening since yesterday,” Human rights defender Azza Suleiman concurred. “Most of the witnesses in the Fairmont Hotel case were oddly arrested or kidnapped, and no one knows anything about what’s going on.” According to a Human Rights Watch statement issued on September 11, 2020, due to this intended absence of testimonies, as well as the intimidation of the witnesses, the case would deviate from its course, protecting the suspected children of the influential businessmen in Egypt and demonizing witnesses. This also works to exclude those who the authorities had initially encouraged to testify, so that they could turn them into the suspects of “consensual homosexual behavior, incitement to immorality and drug use.” The Human Rights Watch also highlighted how the authorities have subjected some witnesses to virginity examinations, forced rectal examinations, as well as “insults and humiliation,” calling for the charges against the six suspects to be dropped.

This is very similar to what happened to Nazli Karim, who was criticized for appearing in a leaked video documenting her attendance at one of the abovementioned “erotic” parties in “Fairmont”. It is important to note that the person responsible for the leak, according to a Daraj source, could be Karim’s husband, who was also accused of raping the main victim in the case. It could also reportedly be one of the security personnel, who could’ve leaked the videos that serve the narrative of the influential people and their children, as well as work to eradicate the societal sympathy for the victims of the assault, what Egyptian newspaper headlines portrayed as mere “gay and perverted parties”, not crimes of violence and extortion.

Due to this intended absence of testimonies, as well as the intimidation of the witnesses, the case would deviate from its course, protecting the suspected children of the influential businessmen in Egypt and demonizing witnesses.

It is sad that these so-called “erotic parties”, occupied the headlines within days, instead of the term “rape”, in addition to the ignorant views the word “gay parties” harbor. These “parties” harbor features of chaos and unrest on the one hand, and the upper and influential classes on the other. Party realities, even violent ones, become part of exceptional phenomena related to the way of life of these classes. Thus, some “ordinary” observers relieve themselves by saying that these incidents do not reflect the general middle classes in the country, that the homogeneous and faithful bloc that represents the original Egyptian families and their values, have no connection with them and their good habits.

The names of wealthy artists are mentioned in conjunction with these parties regardless of their attendance or not – such as Haifa Wehbe, who condemned the use of her name in the case – and the names of wealthy athletes, businessmen, and party promoters. The Egyptian average man, unconcerned with the “vices” of the upper classes, once again buried those seeds of sympathy with the victims through normalization with this difference as an inevitable societal-class difference, even if the victim of violence in question was a young woman who was 17 years old when she was raped, and became pregnant as a result of rape, as confirmed by her agent, the famous lawyer Mohamed Hammouda.

The Lawyer Mohamed Hammouda: A Necessity or a Burden?

There is no doubt that lawyer Mohamed Hammouda is one of the most famous Egyptian lawyers specializing in criminal law, as well as a subject of controversy in his capacity as a legal and media figure who had previously ran for membership in the People’s Assembly in Egypt. Moreover, he is the closest of them to those with influence in the tyrannical regimes. He was the one who defended the symbols of the Mubarak regime in their corruption trials, including the businessman Ahmed Ezz. He also defended the murder suspect in the case of the Lebanese artist Suzan Tamim.

“So how does the National Council for Women choose a lawyer like Muhammad Hammouda, whose present and history is far from the values ​​that we strive for, and the female lawyers we trust?” asks the activist and writer Daraj spoke to. “Why are they taking the case away from us? And where is the council that should be discussing what is happening with Nazli Karim?”

Her question is justified, particularly when the lawyer Hammouda asserts that “I did not and will not have any connection to Nazli, nor any individual accused of homosexuality, nor with any group sex cases.” By saying this Hammouda went back to separate between what is a flagrant assault against a woman, and what he considers perverse practices among the homoesexuals of the upper class. This move was most likely, in service of his client’s cause, neglecting the fact that this separation, similar to the way the Public Prosecution deals with witnesses, would harm other potential survivors and other witnesses who, for one reason or another, attended those meetings.

So far, the National Council for Women in Egypt has not publically taken any position on the issue of the witnesses who have become morally and legally convicted. Among those women is Nazli Karim, who is still being held in the morality ward of the women’s prison in Qanater for no reason, as she had come in as a witness, after the council had encouraged her to come forward, and has now become part of a list of 16 suspects in the case.