The Separation of Religion and State…the Birth of A New Sudan?

Malik Wannous
Syrian Writer and Translator
September 9, 2020
Menu
We will probably witness the birth of a new Sudan, separate from the one with all the wars, conflicts, division, and poverty…

After signing the Juba Peace Agreement on 31 August 2020 by the Sovereignty Council and a number of Sudanese armed movements, Abdalla Hamdok, Prime Minister of Sudan; and Abdelaziz al-Hilu, Chairperson of the SPLM-N, signed an agreement on the future form of government of Sudan on 3 September 2020 in Addis Ababa. This agreement provides in one of its articles for including the principle of “separation of religion and state” in the Sudanese constitution. While the Peace Agreement is essential for ending the state of division in the country and laying the foundation for a phase of peace in order to overcome the economic, social, and security challenges facing Sudan, the second agreement is also essential for keeping up that peace, and the unity of the country, as it lays the foundation for a civil state where the rights of all parts and groups of the Sudanese society will be guaranteed without discrimination. This will lead to the prevention of any future conflicts on ethnic, religious, or even political backgrounds.

Those same conflicts were the reason behind the secession of South Sudan on ethnic and religious grounds and forming the independent Republic of South Sudan where the leaders of its armed rebel movements decided to secede in 2011 and form a civil and secular government, because the government of Omar al-Bashir, the deposed President, refused to approve such a form of government that guarantees equality for all and eliminates discrimination in rights, wealth, and authority. While the agreement statement signed by Hamdok and al-Hilu approved establishing the principle of separation of religion and state “in order for Sudan to become a democratic state where the rights of all the citizens are enshrined,” it also noted that “In the absence of that principle, the right to self-determination shall be respected.” This is the big challenge to Sudan that will result in going back to square one before signing the Peace Agreement and maybe the Sudanese revolution of December 2019; i.e. secession, as the SPLM-N is one of the most powerful armed factions that threaten of the secession of South Kordofan and the Blue Nile. The secession principle might also become well-established and preferred by everyone rather than the principle of reuniting the country which is the goal of all Sudanese. Hence the importance of the role that can be played by the civil and leftist forces which launched the December revolution, as they can change the constitution in order to ensure the country’s safety.

According to the constitutional declaration, “peace” was supposed to be established in conflict areas 6 months after the adoption of the declaration. However, it took one year of challenging negotiations to reach peacemaking preliminary agreements as the two parties were keen on making a peace that is based on addressing the origins of the conflict which paved the way for the war and enshrined discrimination. Also, the destructive legacy left by the old regime and the parties’ experiences with it during the civil war which lasted for 17 years during al-Bashir’s era, and their experiences with the previous regimes which ruled Sudan after its independence are among the reasons. Since the independence, the religious and ethnic groups in the south, including Muslims, Christians, followers of religions of African origins, and Pagans, have been trying to achieve the adoption of a constitution that does not provide for a united religion for the state of Sudan and does not grant privileges for a certain group at the expense of another group because of their religion, race, language, or culture, but to no avail. Successive dictatorships insisted on giving precedence to the strongest party, imposing the voice of the Arab Muslim group on everybody in a society with an extremely diverse ethnic, religious, political, and cultural population. Those movements failed to use dialogue or even the force of arms to find an alternative for Khartoum that guaranteed giving precedence to the cooperation between all the components of the Sudanese society.

According to the constitutional declaration, “peace” was supposed to be established in conflict areas 6 months after the adoption of the declaration.

The conflict and the need for a civil state that prohibits discrimination on the basis of race, religion, and language, in addition to economic discrimination and impoverishment, go back to the early independence years. Two years after the independence, in 1958, the Sudanese President tried to assimilate the Southern component without considering the differences. This drove the southerners to demand independence, hence the emergence of armed movements that, through a long journey of struggles, forced the authority to grant the southerners the right to self-government within the united Sudan. This was provided for in the Addis Ababa agreement that was signed in 1972. However, in 1983, Jaafar al-Nimeiri, the late President, abrogated the agreement. This intensified the conflict and led to the formation of the Sudan People’s Liberation Movement (SPLM) which aimed at establishing a united secular Sudan that guarantees equality in all the political, economic, and social aspects. After al-Nimieri was ousted from power in 1985, Sadiq al-Mahdi, the new Prime Minister, agreed with John Garang, SPLM leader, in 1988, on the re-introduction of the self-government agreement, ceasefire, and the suspension of the Sharia Law.

However, Omar al-Bashir’s coup in 1989 was like a fatal blow to all the agreements. It re-introduced the Sharia Law and issued a statement that spread widely and ended the era of the “Salvation Revolution” where al-Bashir confirmed that: “The Salvation Revolution does not approve the separation of religion and politics and the subject is closed for discussion.” Then, he increased his own rigor by forming armed militias to confront the south, which committed war crimes. During the era of al-Bashir, the conflict intensified, the civil war broke out and there were international interventions to stop it and peace agreements were signed. Those peace agreements lacked a radical basis to address the crisis so they either did not last so long or al-Bashir kept abrogating them. Thus it was, until in 2005 when a framework agreement was signed and granted the south the right to self-government which guaranteed the right to self-independence in 2011. This happened under a referendum that was approved by a large majority of the southerners, leading to the crime of dividing Sudan into two states, a southern secular one and a northern Islamic one. Al-Bashir preferred committing this crime to establishing a civil state that guarantees the rights of all regardless of their ethnic, religious, or ideological affiliations. He wasted the wealth of the country on wars and conflicts, paralyzed the country’s economy, and killed thousands of its people for the sake of those futile conflicts.

Reaching this stage is one of the achievements of the popular revolution of December 2019. If it was not for the strong determination of this revolution, the military could have turned against the sovereignty council, reconstituted the military council, undermined this revolution, and guaranteed the comeback of the conflict. However, the civil powers of Sudan and the determination of its people who came out in the revolution helped to achieve the transition into the civil state we’re witnessing its emergence before our eyes. It is for Sudan’s credit that those two agreements are 100% Sudanese, as there is no foreign factor that helped to their achievement. They are considered historic agreements because the transition government achieved what all the post-independence governments failed to achieve within a short period. Nothing guarantees the sustainability of those agreements after the final signature in October 2020 except the fulfillment of the rest of the transition tasks, including abolishing freedom-restricting texts and laws, holding the symbols of the old regime accountable, legal reform, addressing the economic crisis, laying the foundations of sustainable development, guaranteeing and promoting women’s rights, establishing mechanisms for developing a permanent constitution for the country, and dismantling the structure of the former regime, among others. If those tasks are fulfilled, through the determination of the revolutionary forces, we will witness the birth of a new Sudan, separate from the one with all the wars, conflicts, division, and poverty.

Daraj
This award reformulates what it means to be a freelance journalist, concerned with the issues of your community …

Lebanon: A Step Forward Against Kafala, But Far From it’s Abolishment

Ghalia Al Alwani- Syrian Journalist
The clauses stipulated in the contract sound promising, although they do not tackle enough factors regarding the murderous discrimination of the migrant domestic workers in Lebanon to get to a stage where the Kafala system can be said to be abolished. 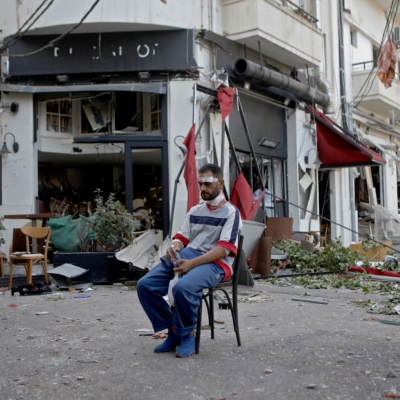 Myriam Sweidan
The tourism sector is a vivid example of the country’s economic decline, with enterprises partially or totally closing down, reducing employees’ salaries, or laying them off completely, particularly by forcing them to offer their resignations.

Lebanon: A Dim Light of Hope With the End of Bisri Dam

Pascale Sawma
The Bisri Dam project has finally been toppled, thanks to activists who refused to sleep and stuck to their guns, declining access to the building machinery into the valley that would launch the project. They fought for their valley, the health of their children, and for their life, the opposite of what the dam would have done for them. 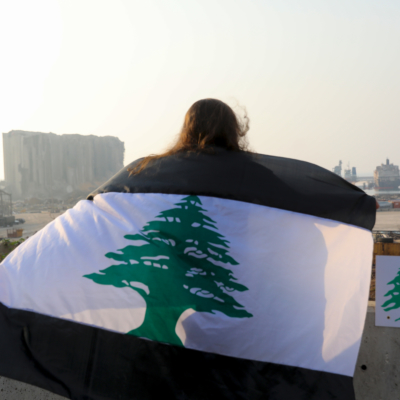 Samir Skainy
Here are the stories of people who survived, barely living and barely able to narrate their stories; something others were not able to do. 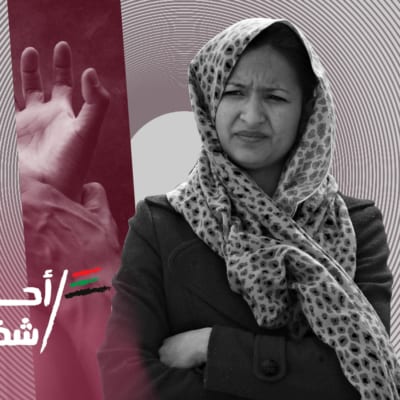 Why Are We, Syrian Women, Doomed To Die?

Manahel Alsahoui
I couldn’t do anything for her, I continued on my way after he smacked her on the head in the middle of the street. He hit her so hard that she almost fell to the ground. She was 13 or 14 years old, and she did not dare lift her head after he hit her, while he repeated: “you filthy dog.”
Share on facebook
Share on twitter
Share on whatsapp
Share on email
Follow us on Youtube
Subscribe
Receive our newsletter
Menu