The Fishing Profession in Gaza … Death for a Living! 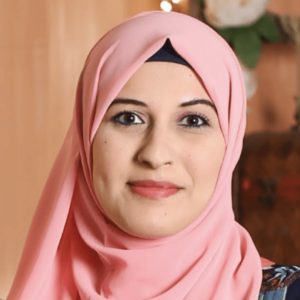 Joumana Imad
Palestinian Journalist
August 21, 2020
Menu
Today, more than 70% of the fishermen are basically dependent on humanitarian aid, compared to previous times when their profession was contributing 5% to the Gaza Strip’s national income, and had more than 4000 people working in it.

“No, son let go of this fishing thing, I want you to work in something else,” with these words, the Palestinian fisherman, Khader Al-Saidi responded to his five-year-old child, when the latter told him that he wanted to be a fisherman when he grows up. In fact, Khader was trying to protect his children from this profession that has rendered him blind and unable to see them again.

Three years ago, Al-Saidi (38 years old) was shot in his eyes when Israeli navy boats pursued him, while he was fishing off the Gaza sea in search of his living. As a result, he lost his eyesight and his sole source of livelihood.

That accident has rendered Al-Saidi unable to practice any other job to provide for the needs of his three children since. He is not the only fisherman who lost his eyesight because of the Israeli occupation, two others were rendered blind after being shot while they were fishing.

“I was at work as usual,” Al-Saidi told Daraj, “I was surprised by an Israeli gunboat that appeared out of the blue calling towards me in Hebrew. All of a sudden, they opened fire heavily, and I was shot by rubber bullets in different parts of my body, and live bullets were directed to my face which rendered me totally blind, after which, I was arrested and the boat was confiscated.” Al-Saidi asserted that he did not exceed the three nautical miles that the fishermen are allowed to sail in, and pointed the finger at the Israelis who deliberately intimidate the fishermen and force them to leave their profession, considered an ancient Palestinian heritage.

“After being arrested, they put me in an isolated room, with no adequate treatment for my poor health conditions. A week later I was released and the boat has been confiscated since. Indeed, the occupation has robbed my eyesight and my livelihood, and I became jobless and unable to secure the bare necessities of life,” he added.

Al-Saidi inherited his fishing profession from his father and grandfather. It was the family profession before they were evicted from the city of Jafa in 1948. He worked as a fisherman for ten years, but now he refuses for one of his children to inherit the profession, so as not to face the dangers he constantly faced, and since it no longer could help to provide even bread, as he tells Daraj.

Under the scorching heat of the sun in the seaport of Gaza, where the fishermen’s boats moored, the fisherman Mahmoud Al-Habil (50 years old) tries to repair his boat’s engine that broke down because of the recent fire shot by the Israeli navy at it.

“Fishermen are forced to repair their boats’ engines and nets after being broken down as a result of the Israeli assaults, as there are no new spare parts because of the Israeli ban, since the blockade was imposed on the Strip 13 years ago,” Al-Habil explained to Daraj.

“I have been fishing for 22 years, but I was fed up and could not stand it anymore. For more than a year and a half, my financial condition has been declining,  and in many cases, I could not afford to buy the fuel we used to operate the boat, nor the fishing equipment.”

He pointed out that the fishermen’s boats, 10,500 boats in total, are dilapidated and at least 60% of them will be out of service in the next few years, noting that the Israelis refuse to give access to new boats and equipment to the Strip.

“The fishing profession,” he added, “has become one of the most dangerous professions in the Gaza Strip. Fishermen are not spared repeated assaults. If the fisherman is not killed or detained, he may be shot, or his boat may be confiscated, and in many cases, our fishing nets and engines get disrupted. Indeed, the living of the Palestinian fisherman is soaked in blood,” he added. He pointed out that fishermen could hardly make ends meet.

This is mainly due to the reduction of the fishing area from 20 nautical miles to 3 nautical miles only. Which is a very small area, off the coast, and has nothing to hunt but small fish, while big and expensive fish are in the areas farther than 12 nautical miles.

Muhammad Miqdad (42 years old), was forced to leave his work as a fisherman and opened a new restaurant for traditional food, to secure the needs of his family after he lost hope in his fishing. He was debt-ridden and owed a great sum of money to the owners of the gas stations and fishing equipment stores.

He tells Daraj, “I have been fishing for 22 years, but I was fed up and could not stand it anymore. For more than a year and a half, my financial condition has been declining, and in many cases, I could not afford to buy the fuel we used to operate the boat, nor the fishing equipment. So I decided to quit this job and search for another one so my children would not starve to death.”

For his part, Zakaria Bakr, an official in the fishermen’s committee in the Gaza Strip describes the Israeli assaults to fishermen in the Strip as crimes of war, they must be held accountable in the International Criminal Court, and the fishermen must be compensated for all the grave damages they had suffered.

“The Israelis are still targeting the fishermen in Gaza in the middle of the sea, and try to deprive them of the abundant-with-fish season which they depend greatly on to improve their living conditions, pay off their accumulated debts, and finish building their homes, but the Israeli constant harassment put a spoke in their wheel,” Bakr told Daraj.

He also notified that after the Oslo Agreement, the fishermen in the Gaza Strip were given access to sailing up to 20 nautical miles. But after 2006, this area was gradually reduced, until it became three nautical miles only.

During the past three years, the frequency of the Israeli assaults increased. As 11 fishermen were killed, 83 were detained, while a number of them are still under arrest, along with more than 300 fishermen who were injured in different parts of their bodies, and three of them lost their eyesight, according to the official of the fishermen’s committee.

He concluded with the fact that more than 70% of the fishermen are basically dependent on humanitarian aids, compared to previous times when their profession was contributing 5% to the Gaza Strip’s national income, and had more than 4000 people working in it.