In Lebanon, the Line Between Forced and Labor Migration is Fuzzy 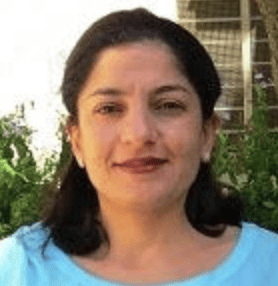 Sawsan Abdel-Raheem
Professor And Lecturer in the Lebanese University
August 24, 2020
Menu
Populist accusations that refugees are stealing Lebanese jobs ignore the fact that Lebanese employers are happy to hire non-citizens and pay them much lower wages than what they would pay to Lebanese workers and not pay social security fees.

Ahmad Elhajj Steifi is a Syrian worker in Lebanon who lost his wife and two of his four daughters in the fateful Beirut Port explosion on August 4.  Ahmad is a labor migrant and one of hundreds of thousands of Syrians who carry out most of the heavy low-paid labor in Lebanon.  His wife and daughters escaped war and destruction in Syria in 2014 and joined him in Beirut presumably as asylum seekers.

The family is a prototype of mixed status immigrant families, a legal construct which means that different members of the same family have different migration status.  In the video, Ahmad appears dazed in front of the rubble of what used to be his home in Beirut’s Karantina industrial zone and devastated by the loss of his family.  He is now homeless; a refugee in need of protection and assistance.

The catastrophic Beirut explosion laid bare the fragility of citizenship in a country ruled by warlords and kleptocrats and exposed the fuzzy line between forced and labor migration.  Today’s Lebanon exemplifies the fluidity of migration and challenges the view that forced migration and labor migration are distinct categories when in fact they are overlapping.  In a country with a history of dynamic migration flows, people have always shifted in and out of these two categories to maximize their access to resources and in some cases mere survival.

A few years ago, I met Amani,[1] a Sudanese woman in her thirties and a mother, in one of Beirut’s suburbs that hosts a mix of low-income Lebanese families and migrant workers side by side in dilapidated housing. Years before the Syrian civil war erupted, she traveled from Sudan to Syria with her children on a plane and crossed the Syrian-Lebanese border in a truck with the help of smugglers. Her intention was to seek asylum in Lebanon, register with UNHCR (the United Nations High Commissioner for Refugees), and begin resettlement procedures. She was convinced that she had a valid case for refugee status and resettlement based on political persecution. UNHCR did not agree. Following the rejection of her case and closure of her file, she opted to remain in Lebanon, out of fear for her and her children’s safety back home, and began looking for work to support her family. Amani transitioned from being a refugee into becoming a freelance domestic worker. This transition was in no way effortless as she had to deal with disappointment, loss of social status, and the stress of working without legal documentation in Lebanon. Nonetheless, her ability to work to sustain her children was made possible by the fact that freelance low-paid domestic labor was in high demand at that time.

Despite populist discourse about foreigners steeling Lebanese jobs, refugees have always transitioned into exploitable, low-wage labor in Lebanon and, in some cases, through legal institutional frameworks.  For years, Iraqi men awaiting the outcome of their UNHCR refugee status determination or resettlement have been granted the right to work legally in Lebanon by the Internal Security Forces (ISF).  Through a so-called “gentleman’s agreement” between UNHCR and the Lebanese government, Iraqi refugees of good character were granted work permits but only after securing a Lebanese kafeel or sponsor.  One Iraqi young man who utilized this agreement is Samir, a former medical student in Iraq who fled to Lebanon after receiving a death threat that referred to his religion/ethnic background.  Like Amina from Sudan, he also thought he had a valid case for refugee status based on religious/ethnic persecution.  At the time I met Samir in the early 2010s, I learned that his UNHCR file was dragging on for years but not yet closed.  He was then working in a warehouse for a Lebanese sponsor-employer and earning a couple of hundred dollars in monthly wages.

Populist accusations that refugees are steeling Lebanese jobs ignore the fact that Lebanese employers are happy to hire non-citizens and pay them much lower wages than what they would pay to Lebanese workers and not pay social security fees.  Palestinian refugees in Lebanon have always worked in the informal economy in Lebanon in exchange for low wages; the small proportion of Palestinians who work in the formal economy contribute to the social security fund but do not receive benefits.

Today, Syrian refugees can obtain permits to work in Lebanon in agriculture, construction, and cleaning and UNHCR is privy to this arrangement as refugees who work legally are required to forsake humanitarian aid.  The Lebanese government does not owe the international community favors by “opening” these specific sectors to refugees.  Long before Syrians came to Lebanon as refugees, they used to come as unprotected seasonal migrant labor and contributed to boosting the Lebanese economy.  The only difference nowadays is that many Syrians are moving across two intersecting categories – refugee and exploited migrant worker – for mere survival.  Framing refugees as vultures who are taking away Lebanese jobs, which were not filled Lebanese workers at least in recent history, is pure amnesia.

Another low-paid and emotionally and physically demanding occupational niche in Lebanon and the Arab region in general is domestic and care work which for decades has been filled by women from Asian and African countries. This migration, managed by an oppressive kafala system that binds a worker to one employer, presents yet another example of the blurry line between forced and labor migration categories. To begin with, many of the women who provide domestic work in Lebanon come from countries that have been plagued by civil wars (i.e., Ethiopia and Sri Lanka) and their migration can be described as belated forced migration. Despite prejudice directed against this group of exploited workers, they have rarely been the subject of political debate and, unlike Syrian refugees, have never been accused of steeling Lebanese jobs. Quite the contrary; their labor has become integrated into the Lebanese family structure and national economy that it took a severe economic collapse and a global pandemic to decrease demand for it. In light of the financial spiral and devaluation of the Lebanese currency, many employers simply abandoned the live-in domestic workers they used to employ.

Today’s Lebanon exemplifies the fluidity of migration and challenges the view that forced migration and labor migration are distinct categories when in fact they are overlapping.

Scenes of migrant women sleeping on the sidewalk in front of the Ethiopian Consulate went viral on mainstream and social media since April 2020.  Embittered Ethiopian, Kenyan, and Sierra Leonean migrant workers reacted to their abandonment by organizing protests in front of their consulates in ways that are similar to protests organized by Lebanese citizens against their government.  In protesting to demand protection from their consulates, migrant women are exercising citizenship rights on Lebanese soil.  On the other hand, activist groups whose mission is to provide safe spaces to migrant workers and support their organizing efforts – such as the Anti-Racism Movement (ARM) and Enga Lenga – have had to change priorities in response to what they saw as an unfolding humanitarian crisis.  Following the Beirut port explosion that impacted a large number of refugees and migrants, ARM is currently raising funds to secure shelter to homeless migrant workers and repatriate some to their home countries.  In a way, the organization is providing humanitarian relief to migrant workers that UNHCR provides to refugees.

The Beirut port explosion and the collective trauma that ensued heightened Lebanese people’s disillusionment with the meaning of citizenship in a country ruled by incompetent and corrupt politicians. The destruction and deaths of innocent workers, firefighters, and children ushered in a total breakdown of trust of state institutions. The state became distilled in the persona of a few politicians invariably denounced as thieves, criminals, and the enemy of the people. But the disaster also gave birth to a solidarity between refugees and citizens based on humanity and the universal experience losing one’s home and fear of not being able to return.

For a moment, the collective grief silenced the noise of those who tirelessly incited against refugees. Time will tell if this moment will last.

All names used in this article are pseudonyms except Ahmad Elhajj Steifi as his story was publicized on mainstream and social media.