The Forcibly Displaced and Covid-19: Between the Hammer and the Anvil 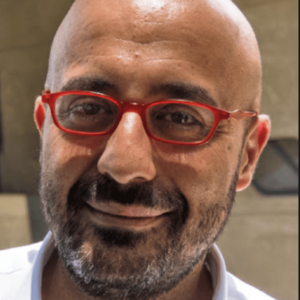 Nasser Yassin
Lebanese Academic Researcher
July 31, 2020
Menu
For refugees and IDPs, it is a matter of survival maneuvering between risk of starvation and danger of contacting the virus.

Nothing is slowing down the spread of Covid-19. Neither hot weather, as previously believed, nor populist leaders’ sense of defiance over the virus, have managed to prevent a renewed wave of the pandemic. The number of recorded coronavirus cases by end of July 2020 was over 16 million and the number of human losses more than 650,000.

While the virus doesn’t differentiate between rich or poor, monarch or homeless, citizen or migrant, the repercussions of the pandemic have been more impactful on the weaker segments and discriminated-against groups in society: women, elderly, migrants, and refugees felt the burnt more than others. This is particularly the case in countries with weaker healthcare systems, fragile economies or those affected by wars and conflicts. Refugees and Internally Displaced Persons (IDPs), in particular, are unequally affected by the repercussions of Covid-19 and the measures put by governments to minimize its spread.

In this commentary I argue that four fronts will further worsen the situation of refugees and IDPs as a result of the pandemic and its aftermath. These four issues precede the Coronavirus, most structurally existent from years, but have become exacerbated by its spread and the ways it was handled. These comprise:

3) Stigma and discrimination, and 4) the rise of nationalism and protectionism.

4) The rise of nationalism and protectionism.

The Arab region, which is a host and place for millions of forcibly displaced such as in Iraq, Palestine, Syria, and Yemen, in addition to refugee host countries such as Lebanon and Jordan, will be drastically affected. The UN estimates that 55.7 million people in the region are in need of humanitarian assistance, including 26 million forcibly displaced. A conundrum of enormous scale.

Prior to Covid-19 pandemic, refugees and IDPs have been suffering from limited access to decent healthcare. In conflict affected countries, healthcare systems are deteriorated and suffer from extreme shortages of personnel and supplies. In Syria, the majority of healthcare workers have left the country and the health infrastructure destroyed or damaged. In Yemen, where the healthcare system has collapsed due to war and sanctions preceding the pandemic, hospitals are under severe strain to cope with the spread of the virus. Similarly in hosting countries, refugees often find accessing healthcare services challenging and rely on humanitarian and non-governmental providers of care. Refugees often find themselves in financial adversity to cover the health bills, and are pushed to selling assets or borrowing money most of the times when their health conditions become drastic. For most of the refugees and IDPs, Coronavirus is an additional strain on their unending hardship.

The economic fallout of Covid-19 is perhaps the most painful outcome of the pandemic. The IMF predicts a negative outlook of the world’s economy projected to contract by around 5% in 2020. Almost all the Arab region’s economies, with the exception of Egypt, are going to feel the heat in 2020. The UN estimates that the region’s gross domestic product (GDP) is expected to fall by about $152 billion as a result of the forecasted 5.7 per cent contraction in growth between 2019 and 2020, with Lebanon’s economy projected to be one of the worst contracting by 12 points. Such decline clearly means, among other effects, high rates of unemployment and increased poverty. ESCWA estimates that the forthcoming economic slowdown will cause an additional 8.3 million people to fall into poverty.

In conflict affected countries and those hosting large numbers of refugees, the economic slowdown is going to be felt most. Refugees who predominantly work in the informal economy without any form of social protection or social insurance rely on their daily earnings and need to engage in work outside of their homes to sustain a living. In Lebanon for example, 55% of the labor force works in the informal sector (91% of non-Lebanese workers and 27.8% of Lebanese workers). For those, the lockdown is a luxury of the middle and upper classes that they cannot afford. The lockdown meant losing their daily earnings. In a study conducted in an urban area in Beirut where refugees live along with their Lebanese destitute hosts, 80% of respondents from all nationalities and 85% of Syrian and Palestinian respondents lost their income generating activities during the lockdown imposed measures. The risks of refugees falling into destitution and even hunger are real and happening.

Emergency situations are the darling of authoritarian states. For some governments, the pandemic offered a pretext to tighten security measures, dismantle any form of assembly and curb free speech. Such restrictions were even more discriminatory against refugees. Fueled by endemic xenophobia, hate speech and by wrong information and perception that refugees may spread the virus, many refugees found themselves targeted in lockdown measures. A number of municipalities in Lebanon, according to Human Rights Watch, enacted discriminatory restrictions on Syrian refugees that didn’t apply to Lebanese residents in their towns and villages.

Scenes of closing borders, national armies on streets and enacting local public health measures with limited multilateral cooperation are all signs of the surge of the nation-state during the covid-19 pandemic. While it is understandable that nation states and national institutions be at the forefront in fighting the pandemic, a new era of surging protectionism during the covid-19 pandemic has been witnessed and is expected to last for some time. The fear of rising nationalism and the concern over a powerful narrative that states need to look inward are not only about retreating back to Westphalian model. This will likely spill over into limiting multilateral cooperation, international solidarity, and humanitarian and development aid. Governments in the global north, which are historically the aid providers, are increasingly looking inward and will become inclined to consider ways to relaunch their economies and welfare services rather than contribute to refugee response plans. Refugees who, by and large, live in developing and fragile states rely heavily on humanitarian aid and will be dearly affected if assistance is reduced.

The amalgamation of these four matters make the future of refugees, IDPs and their poor host communities bleak and terrifying. A situation that’s strikingly and lightyears distant from the images shared by the bourgeoisie on social media during the lockdown while playing music on balconies and dancing on roofs. For refugees and IDPs, it is a matter of survival maneuvering between risk of starvation and danger of contacting the virus.

An urgent call for real solidarity is much needed, but more importantly there is no evasion from pulling to pieces the powerful doctrine that steers the world at the moment and that stipulates that global crises are confronted through local responses. Covid-19 pandemic similar to wars and conflicts, and consequently refugee crises, are global problems that demand global responses.