Lebanon: Will the Bisri Dam Pass Over the Bodies of Protesters? 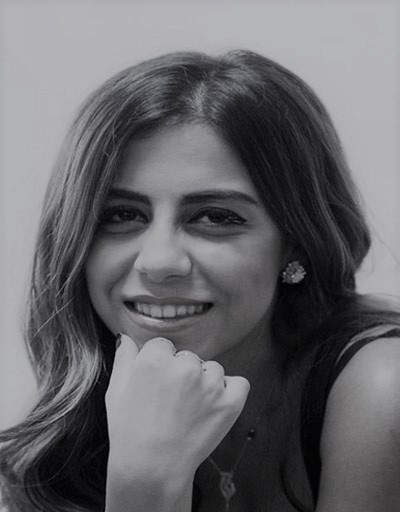 Pascale Sawma
Lebanese Journalist
July 22, 2020
Menu
It seems that the Lebanese state, specifically the government of technocrats and its supporters, insists on cutting hundreds of thousands of trees in order to implement the Bisri dam project, or the ‘death dam’ as described by its opponents.

This dam would endanger the entire region, subjecting it to earthquakes and volcanoes. The water, which will supposedly be secured by this dam, and will mix with the leachate of waste, so it will be carcinogenic and poisoned when it reaches the citizens, according to environmental experts.

The World Bank gave the Lebanese government a deadline to get its machinery into Marj Bisri and begin their work, or it would be forced to withdraw its funding. Work on implementing the dam was discontinued since the October 17 revolution, thanks to the insistence of activists and environmental experts, who have stood for the prevention of the destruction of Marj Bisri for individual commercial projects. These projects have been concealed by impossible promises revolving around securing water for Beirut and other regions, according to environmental experts.

The Bank’s deadline is no more than a week and ends on July 22. The “technocratic” government then sent the Internal Security Forces and the anti-riot squad to facilitate the passage of the contractor’s machinery to the valley, where activists have been protesting for months and have set up tents, rejecting the entire project.

According to the stated information, Prime Minister Hassan Diab has asked the World Bank for an additional period of three months to enter the valley and start working. Since then, activists have opposed the move more forcefully, afraid that Diab will get what he wants, compelling the machinery to be brought to the valley by force.

Activist and engineer Roland Nassour tells “Daraj”: “The authorities are insisting on the project and awaiting an opportunity to get the machinery into the valley and start working. The decision to oppress activists will be taken at any moment; this is because the World Bank was clear while indicating to the government that it would not finance the project if it would not get the machinery into the valley within a week.” Nassour also added, “There are people from different regions in the state who have come to support us to stand against the machinery and against the authority that wants to suppress us to implement its project, and we need everyone to defend the valley”.

Nassour believes that, “by that prescribed deadline, the World Bank was attempting to avoid the conflict, after the government, especially the Free Patriotic Movement, refused to change the course of financing and turn it into a contribution to the heated economic file. There is almost a unanimity in the state on this dam, and no one cares about the people in the valley, their safety, this country, or its threatened nature.”

On the other hand, attention is now turning towards the “Progressive Socialist Party” headed by Walid Jumblatt. They’ve recently announced its clear rejection to the dam project and also declared their support to the activists who are defending the valley. There is no doubt that these difficult days are the appropriate opportunity for that party to express its situation clearly, either continue to oppose it or also eventually joining the promoters and supporters of the dam.

Imad Hoballah, the Minister of Industry, a Hezbollah party member, stated in a television interview that “the decision to implement the Bisri Dam was taken within the cabinet and is irreversible”. Hoballah, who should be worrying about a myriad of other concerns in his ministry, mentioned the Bisri Dam to more or less announce the approval of the Shiite bloc to the project.

The World Bank gave the Lebanese government a deadline to get its machinery into the Bisri Valley and begin their work, or it would be forced to withdraw its funding.

The project, which is primarily funded by the World Bank, in addition to other financiers, has an authorized public cost of about 1.2 billion dollars, including the price of the refining station in Al-Wardaniyah and the tunnels between Bisri and Greater Beirut to draw water… The World Bank has already paid out quite a large portion of the loans, and when it witnessed the objection against the dam, it expressed its willingness to freeze the payment, and its readiness to transfer the loan to other objectives, including combating poverty in Lebanon. However, the Lebanese government announced its clear rejection of any transfers elsewhere, especially the Energy Minister, Raymond Ghajar, who represents the “Free Patriotic Movement” as the sponsor of the project.

Geologist Dr. George Nimer explained the dangers of the dam in an earlier interview to “Daraj”, saying “These dangers are represented in terms of damaging an area of ​​5 million square meters of the Bisri valley, along with destroying hundreds of thousands of trees and tens of archaeological and religious sites, and tampering with the environmental features in and around the valley, in addition to the danger of stimulating seismic faults, particularly in Bisri and Rum; this is besides the rampant wasting and corruption resulting from the project in the current times of bankruptcy.”

Al-Nimr emphasized the fact that the continuation of the project poses real threat to the region and its people, “Due to the presence of an active seismic fault under the axis of the dam. This fault is called the Bisri fault, and is connected to the Rum fault. This region is an earthquake zone, and it was the epicenter of the earthquake that took place in 1956 and reached 5.8 degrees on the Richter scale.” He continued: “The scientific reports refuting these mentioned dangers were covered up, including the reports of the American company ECI, which confirmed the presence of seismic faults under the axis of the dam. Moreover, Reports of high-profile foreign companies were also replaced by a report made by a Lebanese geologist, and was adopted on its own to implement the project. Also, scientific facts about the danger of the earthquake and other things were forged in order to pass the project. ” 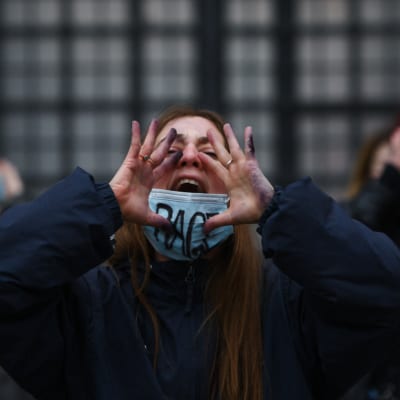 Farewell to arms: goodbye to feminisms in development but not to being a feminist

Dr. Maitrayee Mukhopadhyay
Feminisms in development is alive and well and it is in the hands of the future generation. They are making all the difference in local struggles and making new meaning for the futures of feminism in development. 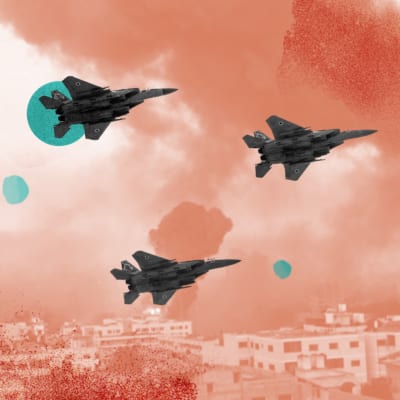 Message from Gaza: This is What is Happening to Us Right Now. Be Honest

Mustafa Ibrahim –
Over the past fifteen years, I have lived through three rounds of Israeli aggression against the Gaza Strip. This is the fourth. The strange thing is that the past aggressions all awoke, as soon as the last round started. 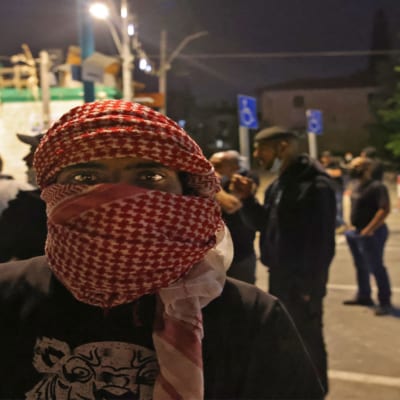 Lod: Avenging the blood of a 73-year-old old

Linda Maher
The riots and confrontations in the city of Lod lead us back to the summer of 1948, when Israeli troops killed 426 people, 176 of whom died in what has become known as the “Dahmash Mosque Massacre.” 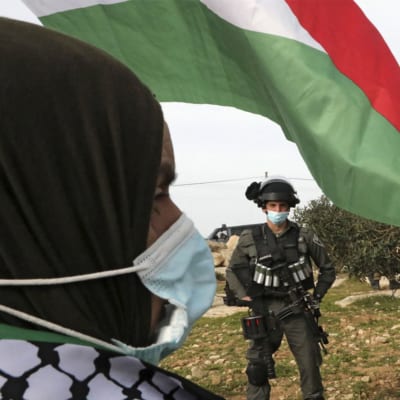 From Gaza to Lod: Palestinian rights hemmed in by racism, missiles and deadly agendas

Diana Moukalled
All the evils seen in recent days in Gaza, Lod and Jerusalem are the inevitable and explosive result of the Israeli occupation that has lasted for over 70 years. 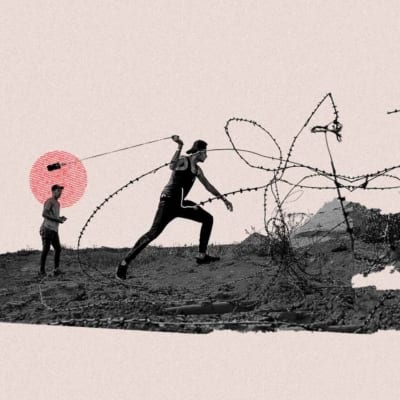 From Kerbala to Jerusalem: Holy Crime and Sacred Corruption

The Mahdi Scouts: A Chronicle of Child Recruitment into Iranian Militias