Lebanon: Ali Who Committed Suicide on the Chair of Someone With the Same Name 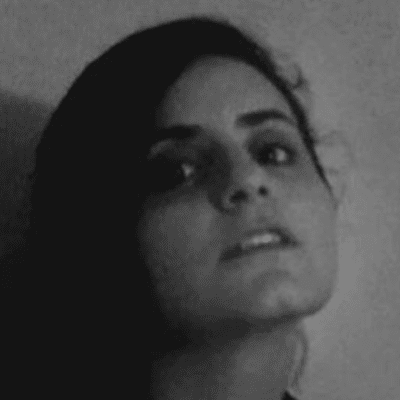 Bana Beidoun
Lebanese Writer and Poet
July 5, 2020
Menu
When the protests, the chanting, and all other means of resistance failed to work, Ali had nothing left except for his body. He used it as a way to reenact the murderous violence practiced by the mafia regime that rules us with all its parties, lastly through their new policy of humiliation and starvation, that is currently taking place in Lebanon.

I pass by the spot where Ali al-Haq committed suicide. The spot is familiar, I know it well, on that doorstep that I have stepped over thousands of times. The spot that separates Dunkin café from the city’s subway in Hamra street. I wonder to myself why Ali chose that spot specifically? Did he feel the same familiarity with this place? Or did it just happen to be the place where all his attempts to stay alive failed, and his last attempt to end his life succeeded?

By chance, I bumped into (Ali.F.), one of the workers of the city’s subway and theater. I had never seen him like this before. He was wandering around in the dark road where the power had gone out. I heard his voice in the dark, while we were both looking at the opposite doorstep, with fear and anxiety as if we were afraid of the temptation. I asked him if he knew man who committed suicide, and he answered that he’d never seen him before, and then he added: “He sat down on the white chair where I used to sit, wrapped his head with a piece of cloth so the blood would not splatter, then he fell to the floor.” Ali continued saying: “I ran then, but I did not want to look at his face. It was clear that he did not want anybody to see his face.”

It was a weird coincidence, that Ali al-Haq chose to commit suicide on a man’s chair who has the same name, without even knowing it. Was it an exchange of places, or exchange of lives?! The other coincidence was that his name was similar to the name of Ali Shouaib, whose name is always mentioned in reference to the October 17 revolution since its beginnings.

Apart from those coincidences, ones that might be fatal, Ali al-Haq has left us with no room for doubt about any other detail. All he cared about, according to all the details he left behind, was for his suicide to be understood in the right way. His suicide was not the last cry for help, but rather an abstract one, a loud cry in the face of the corrupt forces that are not deterred by anything. When the protests, the shouting and all other means of resistance failed to work, Ali had nothing left except his body to use as a way to reenact the murderous violence practiced by the mafia regime that rules us with all its parties, lately within the policy of humiliation and starvation that is currently taking place.

Ali shouted “Long Live Free and Independent Lebanon,” fired that last bullet, and passed away. What he did cannot be explained in any other way except that he had sacrificed his life. He chose to die a “martyr” willingly and of his free decision. He left his clear criminal record and wrote “I am not a disbeliever”, as if he had already predicted the intrigues that will be plotted to distort his biography. Maybe he intentionally wanted us to complete the sentence… We guess the rest of it was “but hunger is,” just like Ziad al-Rahbani’s famous song. Maybe it’s a message directed to all those monopolists of martyrdom, who will seek to accuse him of a lack of faith, and those who do not recognize the meaning of the “distress” that has befallen us.

Ironically, suicide cases are often the ones who believe in life the most, and it is impossible for them to live a semi-life, in a semi-homeland, with semi-freedom.

It seems to me, strangely enough, that Ali’s suicide was an act of sheer faith, and a love for this country so intense that it reopened our wounds. He knew that this bullet was his last shot of faith, and that his death was the last cry. Either his cry would have a resounding effect or it would die with him and what remained of his faith, and maybe he had committed suicide so that he would not lose what remained of his faith. Ironically, suicide cases are often the ones who believe in life most, so it is impossible for them to live a semi-life, in a semi-homeland, with semi-freedom.

I do not know anything about Ali’s work or his life, but I feel like he must’ve been a poet in some way, and I do not say that as a praise for the poets. Rather, he is the true raw poet, not by what he wrote, but by that absolute faith that he carries within him and for which he sacrificed his life. His suicide is a heroic act, as if from outside this reality and this time.

Ali al-Haq undoubtedly brings us back to Ali Shuaib, and to the biographies of heroism that have become forgotten in this miserable reality, which drives us to abandon our homelands, expelling us outside them. It is true that Ali al-Haq was not killed on the battlefield, but in a place that may appear to be much less glorious, in a dark corner, like the one we are all trapped in. He did not only exchange places with the other Ali, but with all of us.

I cannot forget what (Ali. F.) said to me, that Ali al-Haq wrapped his face with a cloth so that the blood would not splatter and contaminate the place. Can a man in his last moments of life think of such a detail? To be occupied by the people who will get tired cleaning the blood he bled? It is difficult to believe, but every detail of his suicide indicates a complete deprivation of subjectivity. It was an act of pure resistance. Even by covering his face, as if he were telling us: “I am the unknown soldier, do not cry over me, but restore this country from its kidnappers, destroyers and thieves.”

Your faith hurts, Ali. Your faith in this land and in us hurts, we don’t know whether it deserves that, or whether we deserve it. But that last bullet you shot will always be in our hearts until it bounces back towards your killers, until they fall out of their chairs one by one, and until we get out of that dark corner where we are all trapped, the one they call the “homeland”.

The Unbearable Silence of Turkish Intellectuals

Vicken Cheterian
Turkey waging yet another war against Armenians, a century after annihilating Ottoman Armenians is not something politically neutral that leaves any intellectual silent.

Daraj
Daraj joins the voices of the Egyptian human rights organizations that have a issued a statement condemning the referral of Zaki to the emergency court, while affirming its commitment to defending public freedoms in Egypt and other countries in the region where many of the authorities have targeted social and political activists.

Diana Semaan- Amnesty International Syria Researcher
If the international community, and particularly Russia, does not intervene to pressure Syrian authorities to end the siege the residents of Daraa have little hope of an end to their suffering in sight.