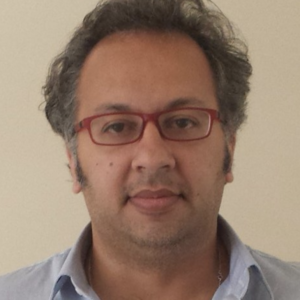 Jihad Yaziji
Economist, founder and editor of The Syria Report
July 2, 2020
Menu
The Covid-19 has highlighted the deep structural weaknesses of the Syrian economy and destroyed what was left from its capacity to resist to new pressures.

On June 11, the Syrian president dismissed Imad Khamis from his position as prime minister, which he had held since 2016, and replaced him by Hussein Arnous, former water resources minister. The dismissal of Mr Khamis came after a rapid deterioration in economic and social in the previous few weeks. As such, he can be considered, Syria’s first political victim of the Covid-19 crisis.

The dismissal occurred despite the fact that as of June 10, the number of Syrians who tested positive to the Coronavirus stood at only 146. Some three months after the beginning of the spread of the epidemic and while there were initially serious fears about its potentially devastating impact, the Covid-19 still seemed largely under control.

There is little doubt that there is under-reporting and the ridiculously small number of tests conducted was another factor behind the low numbers. However, anecdotal evidence from Syrian doctors confirmed the low levels of contamination across the country. The wide-scale presence of western and international organizations, both in areas under and outside the control of the government, would have also made it difficult for local authorities to hide a spread of the virus anyway.

The economic and social consequences of the virus have already been dramatic, however.

They delayed parliamentary elections planned for April, reduced staffing in public administrations, closed schools, universities, places of worship, entertainment places and businesses, suspended international flights and closed land crossings with Lebanon, Iraq and Jordan. Gradually movement restrictions grew stricter. Travels between large cities and their suburbs were banned as were travels between provinces. On March 25, a daily curfew was put in place between 6 pm and 6 am.

Unsurprisingly, the economic and social impact has been tremendous. The measures generated a significant decline in business activity, a rise in unemployment and in the price of consumer goods, while the closure of international borders stopped trade and financial transactions with the outside world. Farmers could not more sell their produce in markets, factories stop producing, hotels and restaurants completely shut down their activity.

By mid-April, the severity of the crisis was clear. Fares Shehabi, chairman of the Federation of Syrian Chambers of Industry, posted on his Facebook account: “Let’s hope that the closures and movement restrictions do not force the poor to choose between dying from the Coronavirus or from famine; the situation would then spiral out of control.” Meanwhile, Kifah Qaddour, the secretary general of the Tartous Chamber of Commerce and Industry, said that if restrictions continue, many companies will go bankrupt.

Because the government publishes very limited data, to date there is no proper assessment of the economic and social impact of the lockdown. Also, the fact that poor economic conditions are due to a multitude of factors, including the Lebanese banking crisis and the consequences of the wide-scale destruction of the economy, it is difficult to attribute to the Covid-19 in particular the deterioration of specific economic and social indicators. The rise in prices, the fall of the Syrian currency in the foreign exchange market – the value of the dollar in the black market multiplied by two between early March and early June – or, for instance, the sharp decline in the number of containers handled by the port of Lattakia, which indicates a drop in foreign trade, are due to a combination of these factors, of which the Covid-19 is only one.

Some difficulties can be specifically traced to the lockdown. For instance, remittances and foreign visitors, particularly from Lebanon and Iran, were two important sources of foreign currency. The lockdown suspended them which led to a shortage of foreign currencies and a hike in the value of the dollar.

The government did announce some measures to mitigate the impact. For instance, it increased the internet monthly bandwidth by 50 percent to facilitate work from home and announced that it would allocate SYP 100 billion to help prop up economic activity, without detailing how it planned to spend the money.

Other measures included postponing the payment of some taxes by businesses, easing import funding requirements and launching what the government called the National Strategy for Social Emergency Response. The strategy entails paying a lump sum pf SYP 100,000 to people who lost their job during the epidemic. Within a few days almost 200,000 people had registered and by mid-May the government announced that it would start disbursing money to a first batch of 20,000 people. In mid-April, the government started to ease stay-at-home measures.

Interestingly, the government received very little economic and financial support from its allies. Not much aid was expected from Iran given the dismal state of that country’s economy but even Russia and China showed little solidarity. Russia offered 50 ventilators and 10,000 testing kits, while China sent two batches of medical aid.

Even the United States provided more help. On May 16, it announced USD 31 million in medicines and medical supplies to Damascus, while the European Union offered a significant package directed to refugees in neighbouring countries.

A Compilation of Crisis

The seriousness of the Covid-19 for the Syrian economy does not only lie in its direct impact on business activity. Rather it comes from the fact that the pandemic spread at a time the country was facing a compilation of crisis and difficulties, which had largely destroyed the state’s institutional capacity to meet its obligations towards its citizens and alleviate the dire economic and social conditions of the population.

It is difficult to trace back where exactly the latest downward spiral for the economy started. Was it the realization by an increasing number of Syrians, in mid-2018, that no large-scale reconstruction of the economy would happen anytime soon; was it the beginning in mid-2019 of pressures on Rami Makhlouf, long considered to be the businessman best protected from the authorities’ arbitrary decisions, that were perceived by the business community as a warning that no one is safe and that it was better to move assets out of the country when it was still possible; or maybe the enactment of the Caesar civilians protection act at the end of 2019 by the U.S. president.

More probably, it was the Lebanese banking crisis of October 2019, which suddenly blocked large amounts of Syrian money in Lebanon and ended this small country’s role as an intermediary for Syria’s trade and financial relations with the outside world.

Therefore, the Syrian economic situation witnessed a really rapid deterioration at the time when “Covid-19” spread, and the purchasing power of the population suffered from a rapid decline, and the value of the dollar in the black market actually doubled (from 600 pounds to 1,200 pounds), between July 2019 and March 2020.

Covid-19 came and largely destroyed what remained of Syria’s capacity to meet the pressures on its economy, on the government’s budget, on the rate of its currency and on the population’s patience. Within a few days in early June the dollar crossed both the 2,000 and 3,000 pound-per-dollar thresholds and created panic in the market; shortages of a large variety of food products and medicines appeared. The challenges brought about by the virus spread to the political scene. In early June, demonstrators in the city Suweida, south of the country, took to streets to protest the hardening social conditions, but also to call for a fall of the regime in scenes reminiscent of the beginning of the uprising in March 2011.

What could happen if Syria faced a second more serious wave of the pandemic? Between June 3 and 10, the number of people who tested positive increased by 23, one of the highest weekly rates since the beginning of the pandemic. By June 12, an additional 18 people added to the list. While these numbers remain low, they represent an acceleration which follows the government’s decision to relax lockdown measures as it seeks to boost economic activity.

A widely circulated report by the London School of Economics estimated in March that across Syria, both in and outside regime-held areas, there were only 325 intensive care unit beds with ventilators, with around half of them in Damascus and Lattakia. While these numbers have increased since then, Syria’s healthcare system is clearly ill-prepared to face the consequences of a large spread of the pandemic.

The Covid-19 has highlighted the deep structural weaknesses of the Syrian economy and destroyed what was left from its capacity to resist to new pressures. Its healthcare system is not in a better situation. As to its population, the fact that part of it dared go to the street to protest its conditions is testimony to the state of exhaustion and poverty it has reached.

Should a second, more significant, wave of the Covid-19 pandemic spread to Syria, the economic and social consequences could be devastating, and its political implications extremely challenging to the Syrian regime.