Lebanon: “I want to Go Back to my Children Alive”… Migrant Workers’ Suffering” 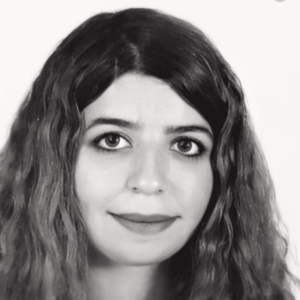 Marwa Saab
Lebanese Journalist
June 24, 2020
Menu
Zeina was sitting out on the street, on a narrow sidewalk that did not provide any space for her stuff, without a bathroom or a shelter to protect her. "The Madam did not let me take my three bags. She also took my phone that I had bought from my salary, as well as my passport…"

“Go to the embassy or I will kill you here, which by then will be me paying for your return to Ethiopia”, said a member of the family that Zeina Gabriel worked for, all the while pointing a gun at her head.

Consequently, Zeina took refuge on the sidewalk in front of the Ethiopian embassy in the Al- Hazmiyeh area located on the peripheries of Beirut after she was dismissed out of her employee’s house, i.e the Al- Haddad family, at gunpoint. She was placed in front of two options, either death or displacement.

“Help me, I want to return to my children. I want to see them and I am afraid I will die here,” she calls desperately.

Zeina Gabriel is a married Ethiopian worker and the mother of three children, whom she left two years and a half ago in Addis Ababa, Ethiopia. She did not expect to get that far from them one day. However, due to the poor economic conditions in Ethiopia, she came to Lebanon through a contract that required her sponsor to pay her in the US currency.

Zeina worked at the grandmother’s house, named “Madame Haddad”, in the “Family House” as she called it. She was suddenly tasked with the household chores and fulfilling the requests of the children and grandchildren around-the-clock. She never failed to do her work; still however, she was verbally and physically abused. She explains that her work hours started at seven a.m. and extended until midnight. She also stated that she did not receive her salary during the last four months she worked there i.e. since last February. Additionally, she was constantly slapped and taunted by the lady of the house and her young grandchildren because she asked for her salary then wanted to return to Ethiopia since they did not pay her dues.Zeina narrates, “My lady used to call me an idiot, a bitch, and crazy. Her grandchildren used to beat me all the time, I don’t know why, and I used to cry a lot in my room. After threatening me with death, I was too scared. I came to Lebanon to secure my children’s future and I want to return to them alive. I don’t need money, I just want to return.”

Madame Haddad receives more than forty guests every weekend, and Zeina used to serve them all. In addition, she was prevented from eating during these two days “in order to not waste her time”, while she was allowed to eat only one loaf of bread daily on the other days. “I used to eat strained yogurt, cucumber and one loaf of bread”. During her last months at work, Zeina had been deprived of many basic necessities such as sanitary pads and other items after she ran out of money. When she asked Madam Haddad for a small amount of money to buy some of her needs, her request was rejected and reproached.

The economic crisis in Lebanon, the collapse of the exchange rate of the lira, and the shortage of the dollar has driven many families to either refrain from paying their female workers ’salaries in dollars or to pay them in Lira at a low exchange rate.

Zeina has not gone outside in two and a half years, as she was not allowed to do so. Perhaps this was her first time being forced to obtain her freedom, while facing homelessness on one of Lebanon’s streets.

The economic crisis in Lebanon, the collapse of the exchange rate of the lira, and the shortage of the dollar has driven many families to either refrain from paying their female workers ’salaries in dollars or to pay them in Lira at a low exchange rate. In addition to these horrifying factors, the phenomenon of throwing female workers in front of the embassy headquarters has emerged. Ironically, there was no prosecution that happened to any of the “sponsors” responsible for those workers since the emergence and prevalence of this phenomenon.

That’s what happened with Zeina and others who were thrown in the streets. Each one of them lived a story of suffering and now of displacement.

Zeina was sitting meters away from the Ethiopian embassy entrance, because the embassy security won’t allow girls to approach or enter to ask for help.

Zeina and her friends were sitting in the street, on a sidewalk that doesn’t fit their belongings, without a bathroom or a ceiling to protect them, without a bag, clothes, or a bed to rest. “The Madam did not allow me to take my 3 suitcases. She took away the mobile phone that I bought with my salary as well as my passport. I haven’t changed my clothes in a week.”

The Sponsorship System: Tragedy and Slavery

Zeina’s story is just one of the thousands of stories of the migrant workers who return to their countries either in wooden caskets or after a long journey of patience and suffering of exploitation, in addition to sexual and physical abuse. According to the Lebanese public security statistics, two of the migrant workers return to their countries in coffins every week. Their deaths are often recorded as a suicide under mysterious death circumstances.

About 250,000 foreign workers live in Lebanon, including more than 186,000 women who hold work permits, most of them from Ethiopia, in addition to the Philippines, Bangladesh, Sri Lanka and others.

The advocacy department official in the “Anti-Racism Movement in Lebanon” Zeina Ammar told “Daraj”, that “the number of workers who want to return to their countries is unclear, but there is strange negligence from their countries’ embassies, for example, the Ethiopian embassy refuses to return them despite some of them paying the travel costs, and the reasons are still unclear.”

Zeina has not gone outside in two and a half years, as she was not allowed to do so.Perhaps this was her first time being forced to obtain her freedom, while facing homelessness on one of Lebanon’s streets.

Regarding the measures taken by the Ministry of Labor, Ammar confirms that it is symbolic. “The Ministry has included the names of sponsors – who have refused to pay workers’ wages – but what we need is more than that, we demand measures that preserve the rights of these workers to obtain their salaries and their detained belongings. Some of them have not received their salary for 3 years! ” She added: “The arbitrary expulsion and displacement of workers taking place at the doors of their embassies opened the discussion on a wider scale regarding the sponsorship system, and the critical moment may have come to pressure the relevant parties to change this system in light of the large number of workers being deported and the closure of a greater number of employment offices.” Daraj contacted one of the travel agencies, who confirmed that there is a noticeable demand for reservations from female migrant workers.

As the economic crisis in Lebanon aggravated, especially with the increased dollar exchange rate that has affected all sectors and societal groups, sponsors and employees stopped paying workers ’salaries, which worsened the matter for those who already live in abusive and inadequate conditions, at the mercy of the sponsorship system, which takes the form of disguised slavery. In Lebanon, foreign workers are excluded from the labor law, and are instead subject to the sponsorship system, which links the legal residence of a worker to a contractual relationship with the employer. If this working relationship ends, even in cases of abuse, the worker loses her regular immigration status. Moreover, the worker cannot change her employer without their permission. This allows the employer to compel the worker to accept exploitative working conditions. If the worker refuses such conditions and decides to leave the employer’s home without their consent, she risks losing her place of residence and thus she will be bound to deportation.