Tunisia’s Homosexuals to Sara Hegazi: “We fear the same fate!” 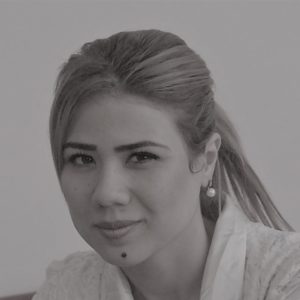 Khawla Bou Kareem
Tunisian Journalist
June 22, 2020
Menu
Sara Hegazi’s suicide encouraged the LGBT community to speak up again, not only in Tunisia, but in the whole Arab region and the world. “It’s an opportunity to scream at the top of our lungs for our lost rights…”

“Sara (Hegazi)’s death shocked me… I won’t hide it, I’d even thought of committing suicide myself, we are also in danger here in Tunisia. I’m so scared and I no longer go out like I used to…”

Ahmed Al-Tunsi nervously said while speaking about his emotional state after receiving the news of the Egyptian activist, Sara Hegazi’s suicide. Al-Tunsi is a Transgender activist who took part in a protest in front of the Egyptian embassy in Tunisia.

Several slogans were raised in the protest, going even beyond its main purpose; i.e. to express anger and condemn the death of the young activist, and holding Egypt’s regime responsible for her persecution and assault, which led her to leave Egypt.

The protest and the discussions following Hegazi’s suicide opened the door to the stalled debate on the rights of homosexuals, as well as all of Tunisia’s LGBT community. Tunisia, despite its legal progress compared to other Arab countries, still adopts laws that criminalize homosexual relationships.

The Tunisian Association for Justice and Equality’s (Damj) legal support officer, Saif Ayadi, emphasized in his interview with “Daraj” that Sara Hegazi’s suicide encouraged the LGBT community to speak up again, not only in Tunisia but in the whole Arab region and the world. “It’s an opportunity to scream at the top of our lungs for our lost rights above the earth instead of beneath its surface, in the light, instead of in the darkness. And perhaps standing in front of the Egyptian embassy sends a powerful message challenging the oppressive regimes that have contributed to ending thousands of innocent lives,” Ayadi said. Ayadi then proceeds to point out that what happened with Sara could happen to any member of the LGBT community, especially in Tunisia, where they face various kinds of harassment, and are being stripped of their economical and social rights.

Ahmed Al-Tunsi opened up to us about how he suffers because of his gender identity, after transitioning into a male, and how it prevented him from finding a good job to earn a decent living, in addition to stripping him from his medical rights in public hospitals, due to facing bullying and mistreatment.

Targeting Tunisia’s LGBT community has intensified, especially during the last couple of years, as Saif Ayadi confirms that over 100 trials of members of the LGBT community took place based on article no. 230 of the Tunisian penal code which penalizes homosexuality. Moreover, 121 rectal examinations were performed to confirm homosexuality, as a “criminal charge.”

The last of these unfair trials sparking widespread criticism was the case against two young men in El Kef, a north-western Tunisian city last June, when the court sentenced two 26-year-old young men to two years in prison for the charge of homosexuality, despite their refusal to be rectally examined, which the judge considered to be a presumption of guilt.

The LGBT association “Shams” rejected the resolution and called for stopping the blatant transgressions on homosexuals, arguing that Article 230 of the penal code doesn’t only sentence homosexuals to prison for a specified period of time, but condemns them for life. According to Article 230 of Tunisia’s penal code or criminal laws, sexual relationships between parties of the same sex are punishable by three years in prison. Chapter 226 and the following chapters of the same code establish punishments for any “behaviors against public morals.” These said chapters are frequently used to harass, arrest, and convict persons known or suspected to be homosexuals, bisexuals, or transsexuals.

The “Damj” association also considers this sentence to be one of the most unjust rulings against Tunisian homosexuals in the last few years. Damj’s Saif Ayadi argues that the judge who issued that sentence is practically persecuting and violating the rights of Tunisian citizens based on her own political ideologies and personal convictions.

Despite the freedom margin expansion in Tunisia after the 2011 revolution, many Tunisian rights activists think that the advocacy for more rights and freedoms shall continue, especially regarding the abolition of the legal articles criminalizing homosexual relationships, and the adoption of the draft code of individual freedoms which has been sitting in a drawer somewhere in Tunisia’s parliament for a while.