The Mysterious History of the Assad Regime… Eliminating Opponents 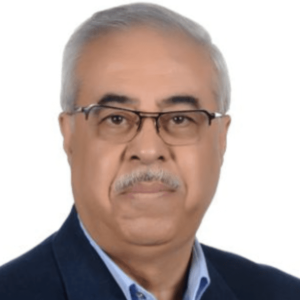 Majed Kayyali- Palestinian writer
May 24, 2020
Menu
The Syrian regime has a mysterious history, during the rule of the Assads, a hidden history, giving way to a narrative that refers everything in Syria to the regime that was established or controlled by Hafez Al-Assad…

The story of President Bashar al-Assad, the president’s wife Asma al-Akhras, and Rami Makhlouf, the president’s cousin, lacks the dramatic, exciting, and attractive events that incite the imagination, like the interesting stories we read about, or watch in the cinema, which narrate about plots, conflicts, romances, or the chivalry of the noble close. Their stories don’t resemble the Bourbons, at the Palace of Versailles in France, the Windsors at Buckingham Palace or the Windsor in Britain, nor the Romanovs at the Kremlin or the “Winter Palace” of Russia.

There are reasons for this lack of imagination, the most important of which is that this story comes at the stage of the decline of the Assad political system in Syria, and reveals the moral degradation of the ruling class, who have dominated Syrian life for half a century, controlling the political, security and financial authorities in that country. This comes alongside all the greed, selfishness, hypocrisy and treason, as if a gang had controlled the state, and above all else, because the Syrian imagination can no longer accept such stories while it is at the same time saturated with stories of Syrian tragedies; murder, detention, destruction, deprivation, and displacement.

Perhaps the only advantage of that story is how it could end up, like other, similar tales, in Syrian history that have characterized the rule of the Assads. For example, will that story end with the assassination, suicide, detention, or exile of Makhlouf, like what had happened with other members of that authority, that they’d destroyed, just like they have to Syria’s history and resources?

It is worth noting that there is a mysterious history of the Syrian regime, during the rule of the Assads, which is the hidden history, giving way to a narrative that refers everything in Syria to the regime that was established or controlled by Hafez Al-Assad (1970), through a military coup that was wrongfully called, “Corrective Movement,” using slogans like: Unity, freedom, socialism, resistance to Israel and imperialism, while the coup has given birth to one of the most authoritarian and corrupt Arab regimes, in various fields, not to mention turning the Republic into a hereditary one.

The regime’s story began with the formation of the so-called “Military Commission,” which included a group of officers such as Salah Jadid, Hafez al-Assad, Abdul-Karim al-Jundi, Ahmad al-Mir Melhem, and Muhammad Omran.

Members of the Military Commission (and most political leaders), with the exception of Ahmad al-Mir, were removed, through murder, detention or exile, after Assad (the father) took power, that is, he began his life with eradicating his close associates who contributed to his emergence and his promotion in the army. For example, Salah al-Jadid, who was considered the most important person in that committee, spent 23 years in prison until his death (1970-1993), the same applies to Abdul-Karim al-Jundi, who had disagreed with Hafez al-Assad early on, only to counter a mysterious death, in his office in Damascus (2/3/1969). This was what we witnessed later with the death of Prime Minister Mahmoud Al-Zuabi and Minister of Interior Ghazi Kanaan. Mohammed Omran was assassinated in Tripoli (Lebanon) on 14 March 1972. This also applies to General Ahmad al-Suwaidani, Chief of Staff of the Syrian Army between 1966 and 1968, who spent 25 years in prison (arrested in 1969 for a disagreement with al-Assad) and was released right before his death in 1994.

Of course, al-Assad did not only eliminate his cronies in the “Military Commission,” but also overthrew his comrades in the political leadership, or the Ba’ath Party leadership. Consequently, after his coup, the President, at the time, Nureddin al-Atassi―who was also the party’s secretary-general—was arrested to spend 22 years in prison. He was only released after cancer spread throughout his body (He passed away in late 1992), and the same thing happened to Yusuf Zuayyin, who was a leading figure in the party and state, and served as a Prime Minister for years. In 1981, Zuayyin was finally released because of his cancer and then left the country for treatment and stayed abroad until he died, in the summer of 2016. The same exact thing happened to Dafi al-Jamaani, a Jordanian who used to be a member of Ba’ath Party National Command. He spent 23 years in prison, then in 1993, he passed away (he died in early April in Jordan).

In the mid-1980s, we witnessed the overthrow of Rifaat al-Assad, the president’s brother and deputy vice-president for military affairs, without fanfare. And it had been agreed upon a financial settlement and an exile outside the country.

In any case, the memory of Hafez al-Assad is always recalled when talking about his son in power, as in his reign (during the illness of Hafez al-Assad) the country’s top leaders―the father’s cronies―like Ali Duba, Ali Haydar and Ali Aslan were eliminated, without fanfare, the same way it happened with Abdul-Halim Khaddam, who left the country with his money and properties seized.

More specifically, we witnessed many mysterious liquidation incidents, including, for instance, Mahmoud Zuabi―Prime Minister of Syria from 1987 to 2000―who died in his house and they claimed that he committed suicide after a security patrol arrived to take him for corruption investigations purposes. In 2005, the suicide story was repeated with the Major-General Ghazi Kanaan, the Minister of the Interior at the time, who served as Lebanon’s governor, in his office in the ministry.

The bombing of what is known as “The Crisis Cell” (in the summer of 2012) that occurred in the National Security Bureau in Damascus, was the most mysterious and suspicious story that led to the death of Major-General Assef Shawkat, the President’s brother-in-law, in addition to the Major-General and chief of staff Hasan Turkmani and Dawoud Rajiha, the Minister of Defense. But the truth as always was obscured―in the midst of the ongoing Syrian conflict―and narrated in a way that aroused distrust, when it was known that they had gotten rid of a group of security leaders, about whom doubts were raised regarding attempting to find an alternative to al-Assad.

Also, the murder of Rustum Ghazaleh (2015) cannot be overlooked. He was one of the regime’s most important security tools, and the sound of his name used to terrorize the Lebanese people as well as the political class in Lebanon. His murder was performed to be understood as a result of a “personal” conflict between him and the Major-General Rafiq Shahadah, chief of military Intelligence service, leading to being severely beaten, by Shahadah’s escorts, so severely that it led to his death.

These cruelty and eradication tendencies, which characterized Assad’s regime, remind us of its responsibility for the deaths of hundreds of thousands and the displacement of millions of Syrians. It also reminds us of his responsibility for the death of Kamal Jumblatt (1977), mufti of the Lebanese Republic Sheikh Hassan Khaled, René Moawad, the Former President of Lebanon (1989), President Rafic Hariri (2005) along with Minister Basil Frihan, Samir Kassir, George Hawi, Gebran Tueni, Pierre Amine Gemayel, Walid Eido, Antoine Ghanem and Wissam al-Hassan.

Now, will Rami’s story end with the seizing of his family’s properties, along with his own, or will this story involve newer different chapters?