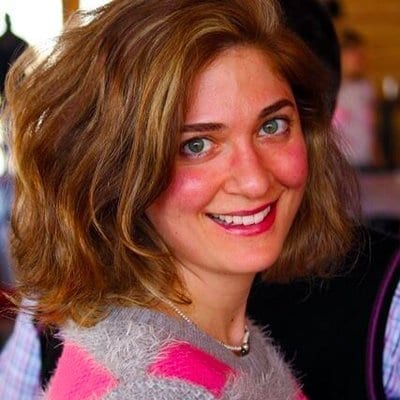 Domestic violence is back on the radar in the public spheres across MENA due to the COVID-19 pandemic. As such, this crisis could serve as an opportunity to transform domestic violence from a private matter to a public concern in Arab countries and a chance to reform unequal gender relations through the elimination of long-standing gender norms.

Domestic violence was a critical problem in MENA region even before the onset of the COVID-19 pandemic. Around 15% of households across MENA include cases of domestic violence according to the Arab Barometer’s survey conducted in 2018-2019. Familial violence is relatively high in Yemen (26%), Morocco (25%), and Egypt (23%) while self-reported rates are lower in Libya (7%), Jordan, Lebanon and Tunisia (6% each).

Just like COVID-19 virus, gender-based violence affects women of all backgrounds. However, the situation is distinctly dismal in the Arab region because of the deeply rooted traditional patriarchal culture. For example, the majority of men (70%) in Arab countries say that husbands, rather than wives, should have the final say on family decisions, according to the Arab Barometer’s public opinion survey conducted last year. Moreover, many women across the region also agree with this statement. In six out of the twelve countries surveyed, more than half of the women believe that a husband should be the ultimate decision maker. This belief is consistent with sexist mentalities and male domination that in turn makes violence against women more likely to occur.

Currently, with the prolonged quarantine in many countries, victims are often spending more time in the same house as their abuser, and incidents of abuse against women are increasing. Faced with these circumstances, women at risk are left with a difficult dilemma – either stay in and suffer at the hands of their abusers or escape with no guaranteed safe outcome in the midst of the pandemic. However, these two options ultimately represent a false choice. The underlying issue is that Arab governments have long failed to prioritize women’s health and protection in their emergency response planning and strategies. There are few if any readily available safe spaces for the women who suffer abuse to turn to, while the police and the medical centers are not well equipped or prepared for accommodating them. On the other hand, NGOs fighting for women’s rights in MENA are trying to fill in this gap, while adapting alternative methods given the social distancing restrictions. These methods include providing hotlines, online and phone counseling support, connecting victims with lawyers, allocating a temporary shelter, and launching awareness campaigns. Yet, still many women are not turning to the NGOs for help.

Complicating this problem is the fact that domestic violence is still considered a private family matter across most Arab countries. Arab Barometer’s survey conducted in 2018-2019 shows that the majority of women victims across MENA (88%) turn to their female or male relatives for support. Only a minority of women across the region (12%) consider complaining to the local police about the violence. Lebanon stands out as an exception where nearly half of women victims say they report domestic violence to the local police (49%).  This fact implies that, where they exist, existing laws against domestic abuse are not being widely enforced, and the abuser is exempt from punishment for their actions. In addition, only a minority of abused women (6%) across MENA go to the hospital for help, while almost none seeks support from local organizations. The COVID-19 pandemic has served to highlight the inadequacy of the support measures taken by the Arab authorities to protect survivors even before the outbreak.

The COVID-19 crisis provides an opportunity for Arab authorities to transform domestic violence from a private family matter to a public concern. As of 2019, only six countries in MENA have passed laws to combat domestic violence. According to local women’s rights activists and Human Rights Watch, these laws have several shortcomings that undermine their effectiveness to deter abusers from inflicting harm on women. As a short-term solution, authorities in Arab countries need to affirmatively address domestic violence as a public health crisis. They need to establish a solid collaboration between the police, criminal justice system, health sector and local women’s rights organizations to provide immediate relief and adequate support for women survivors of violence. In the long run, another major impediment to overcome is the discriminatory personal status laws in the Arab countries. Unless these laws are reformed and gender roles realigned toward equality, domestic violence will persist and Arab women victims will remain discouraged from seeking help outside the family.

Aseel Alayli is a Gender Activist, and Communications Manager for the Arab Barometer at Princeton University.

jihad yaziji
The Covid-19 has highlighted the deep structural weaknesses of the Syrian economy and destroyed what was left from its capacity to resist to new pressures. 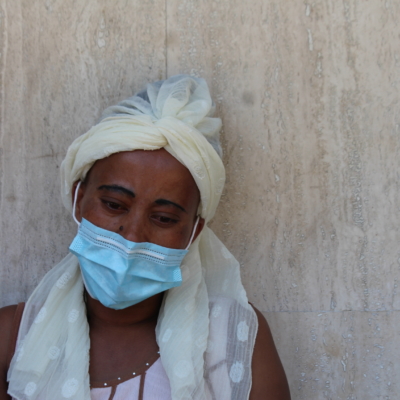 Lebanon: “I want to Go Back to my Children Alive”… Migrant Workers’ Suffering”

Marwa Saab
Zeina was sitting out on the street, on a narrow sidewalk that did not provide any space for her stuff, without a bathroom or a shelter to protect her. “The Madam did not let me take my three bags. She also took my phone that I had bought from my salary, as well as my passport…” 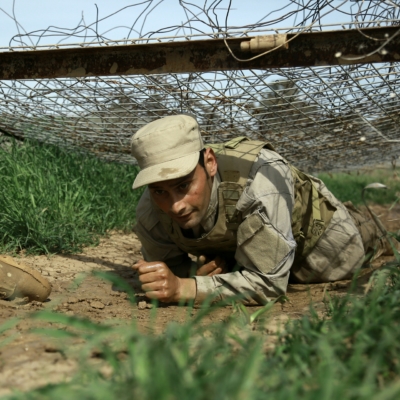 Carmen Kareem
Some of Syria’s young men completely reject the idea of fighting, not desiring to waste their lives on battle fronts or risk dying as martyrs. Many others refuse the fighting because they will not accept becoming a mere pawn on the Syrian regime’s board. 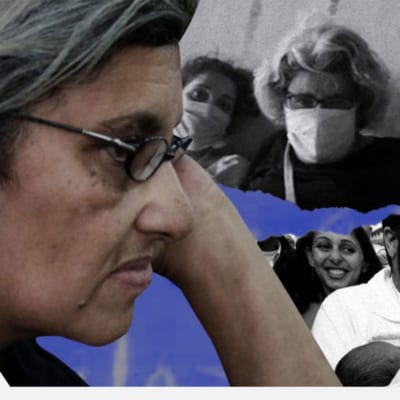 Egypt: “Thugs” Will Not Scare Laila Soueif Nor Her Children

Reed Matar
“We will go on.” That’s how Sanaa Seif concluded the description of the abuse they were subjected to. This case reminds us of the countless stances of this loud-voiced family in defending their rights. 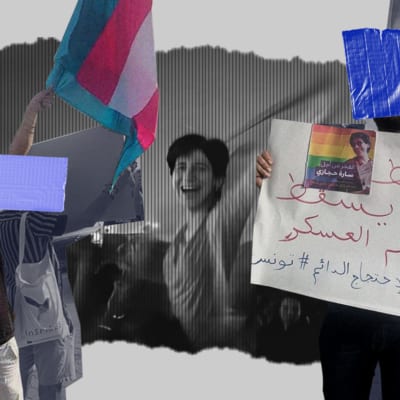 Tunisia’s Homosexuals to Sara Hegazi: “We fear the same fate!”

Khawla Bou Kareem
Sara Hegazi’s suicide encouraged the LGBT community to speak up again, not only in Tunisia, but in the whole Arab region and the world. “It’s an opportunity to scream at the top of our lungs for our lost rights…”

The “Caesar” Act and the Syrians…. Their Daily Struggle to Acquire a Living