Iraq: He Burnt her and Told Her Family: “Here is Your Daughter, Take Her”… 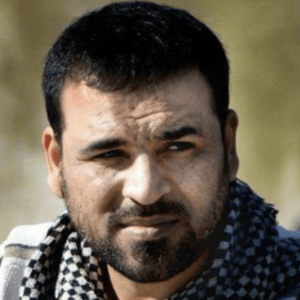 In the Kirkuk Governorate north of Iraq, and under the curfew and precautions imposed by local authorities to prevent the outbreak of coronavirus, a video leaked to social media showing a woman being gang-raped in an abandoned building.

The incident shocked the Iraqi society and generated a wave of controversy about the identities of the victim and the criminals, which urged the police to intervene promptly and announce the detainment of the perpetrators, with promises to disclose the results of the investigations within 72 hours, after the incident acquired political, sectarian and nationalistic dimensions.

The victim was a 40-year-old disabled woman. Her family refused to disclose any details related to the crime or the identity of the victim, fearing the social stigma that has always been connected to similar assaults.

Her husband, who also suffers a motor disability, says that the perpetrators took advantage of his impairment and his wife’s mental disorder and intended to vacate the area from people on the pretext of the curfew imposed due to the outbreak of coronavirus, in order to commit their crime. The husband explains that they used to visit them at home to offer help, as the family receives humanitarian aid and live in a building in Prde, Altun Kupri, after emigrating from Laylan a year ago due to poverty and the inability to afford the costs of living and treatment.

The rapists are members of the Iraqi Security Forces; one of them is a policeman at Kirkuk Police Force, and the other is a member of the Popular Mobilization Forces (PMF) (Hashd Sha’bi) militia. According to Lt. General Saad Harbiya, commander of operations in Kirkuk, the Popular Mobilization Units member had previously applied to join the Iraqi military, but were rejected

The victim’s husband says that besides his motor disability, he was also diagnosed with cancer. He is unable to walk or work to support his wife and their 5 year old child, whom he gave to 1 of the families who took him in to raise him. As for the victim, the Chairperson of the Human Rights Commission in the Iraqi Parliament has confirmed that the local authorities did not respond to the commission’s calls on providing a suitable shelter for the family.

In Kirkuk, an oil rich governorate and a disputed area between Kurdistan and Baghdad, there are no mental hospitals or disability care homes, so when a victim undergoes anxiety attacks, she/he usually goes out to the streets and remains there for long hours unaware of what she/he is doing.

Lt. General Saad Harbiya, commander of operations in Kirkuk has revealed in a press conference on the incident that the rape occurred two weeks before the rape video went viral. He also added that the perpetrators have confessed that they had partners in the crime: “our federal police forces have promptly arrested those perpetrators and handed them over to the police force for legal action, according to the procedures applied in such cases”.

Harbyah explained that the husband filed a complaint against the rapist only, and not against the videographer, who turned out to be one of the rapists.

The victim is Kurdish, her husband is a Turkman, and the perpetrators are Arab. This case would definitely raise a sectarian and nationalistic debate. It already has, and the issue acquired political and ethnic dimensions, which led to a series of high level reactions in Kurdistan region; as Massoud Barzani, former president of Kurdistan and head of the “Kurdistan Democratic Party” released a strongly worded statement calling on the Iraqi government as well as the Kurdistan Regional government, to conduct a joint investigation on the case of raping a “Kurdish woman” in Kirkuk.

“This crime represents the injustice and discrimination the Kurdish people suffer from under the military rule applied in Kirkuk. Since the beginning, these authorities intended to oppress Kurdish people and deny their rights in every way,” said Barzani in his statement.

Kirkuk police spokesperson brigadier Afrasyaw Kamil said to “Rudaw Kurdish Media Network” that “one of the perpetrators is a police officer who was recently readmitted to the force, is married and has children, while the other came from Baghdad and has applied to join the Popular Mobilization forces. Both have confessed to the crime”.

He burnt her and told them: “Here is your daughter, take her!”

It is not much different in the south in regard to mistreatment and violence against women. Particularly in Najaf (the sacred city for Shittes), the news of setting Malak Haider Al-Zubaidi (20 years) on fire at the hands of her husband and his family has gone viral on social media.

Sarah added that Malak’s husband, Muhammad Al-Mayahi, had prevented her for 8 months from visiting her family, and also prevents her family and friends from visiting her. She confirmed having messages that prove his threats to his wife Malak and her family, as well as the beating and violence Malak had experienced at the hands of her husband and his family.

Malak appears in a video screaming out of pain at al-Sadr Hospital, asking to be given anesthetic because the pain of the burns is unbearable, while her family is trying to appease her pain by encouraging her to endure and be patient.

Muhammad al-Mayahi, Malak’s husband, wrote his account of the incident. He said that his wife set herself on fire, and that they (he and his family) took her to the hospital, without mentioning the real reason that drove her to commit such a suicidal act. He said that there was a personal dispute between her father and his father (a colonel at the police force). We contacted the husband to clarify the contradiction between the two versions, but he did not reply.

This husband’s account contradicts another account given by him, in which he said that the cooker exploded while his wife was close, which led to her burning. Sarah Al-Zubaidi denies both accounts, and confirms that the husband and his family had set Malak on fire, and would not quench the fire until she begged them and told them that she would not accuse them if they rescued her. “She kept screaming at them and begging them, because she couldn’t bear the pain,” she added.

The Iraqi judiciary council mentioned in a statement that the girl had filed a complaint against her husband at Najaf investigation court, saying that he used to beat her, and that she had set herself on fire as a reaction to the violence she was subjected to. She added that her husband did not try to put out the fire, and that it was her father in law who took her to the hospital after putting out the fire.

The incident raised a great deal of resentment among the Iraqis. Loay al-Yassery, the governor of Najaf, ordered that a committee should be formed to investigate the incident. Moreover, Yasseen al-Yassery, the Minister of Interior, commanded the chief of police in Najaf, Chief Superintendent Faeq al-Fatlawy, to follow up the case personally, and keep him updated with all the details.

This development came after the Zubaid tribe (the girl’s tribe) threatened to resort to the measures dictated by tribal traditions, in case the Mayahi tribe (the husband’s tribe) would not hand him over to them.

The Zubaid tribe, through its leader in the city of Najaf, Ali al-Zubaidi, threatened to use weapons, or what is known in the tribal custom in Iraq as the “Atwa”, in which the tribe attacks the house of the aggressor from the other tribe, and showers it with bullets, as a warning and a threat.

Tribes in Iraq may fight real battles to defend the women’s honor, just as they may use women as ransom, or to pay with them as tribute to settle disputes, in which medium and heavy weapons are sometimes used.

For example, in 2015, a dispute took place between two clans in the Basra governorate, in southern Iraq. It soon turned into a violent battle, where both clans used even heavier arms, resulting in casualties on both sides. In order to end this war, the transgressor clan had to submit 40 women, including under-age girls, to the other clan as compensation, where they were forced to marry men from the enemy tribe.

Violence Against Iraqi Women in Numbers

The organization explained in its memorandum that legislating a national law, that meets international standards, to combat domestic violence and enforcing it is an indispensable step to prevent violations and deal with them. The Convention on the Elimination of All Forms of Discrimination Against Women (CEDAW) to which Iraq agreed in 1986, considers that violence against women is a form of gender-based discrimination.

In May 2014, the UN Women representative in Iraq, Frances Kay, revealed during an interview with “Al-Mada Press” agency that 60 percent of women in Iraq were subjected to violence at the hands of their husbands. She added that the percentage of educated women in Iraq during the fifties of the last century was about 90 %, while now it decreased to only 40%.

Furthermore, according to UN Women in Iraq, only 14% of Iraqi women have jobs outside their homes, which is the smallest, and most dangerous, percentage around the world, as it means that 86% of the Iraqi women cannot be independent because they do not have a personal income.

In 2013, “Thomson Reuters Foundation”, the philanthropic arm of Thomson Reuters news and information agency, conducted a study on the status of women in 22 Arab countries, where the study focused in its evaluation on: violence, reproductive rights, treatment within the family, integration into society and attitudes towards the role of women in politics and economics, and Iraq came second, after Egypt, as the second-worst Arab country for women to live in.

The study also mentioned that about 72.4% of Iraqi women in rural areas, and 64.1% of women in urban areas have to ask their husbands for permission to visit a medical facility.

Not much research was conducted to study to the phenomenon of violence against women in Iraq, and one of those studies was issued by the “Domestic Violence Courts” in Iraq, and revealed that in 90 % of the cases of domestic violence the victim is a woman, and the Domestic Violence Courts report stated that these cases receive no special legal treatment, due to the absence of a special law on domestic violence, especially since there are provisions that contradict this concept; including that the husband has the right to discipline his wife.

The report listed the causes of domestic violence, attributing most of them to the deteriorated security and economic conditions, which negatively affects the family. The report mentioned that these crimes are not restricted to people of the uneducated classes, but also includes educated people, and even university professors.