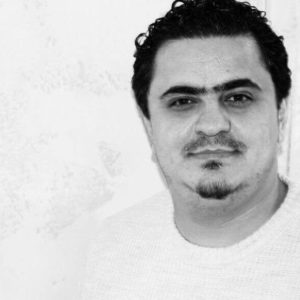 Mohammad Bassiki
Syrian Journalist
May 1, 2020
Menu
Makhlouf’s debut on social media shows that the official outreach channels with the regime, including al-Assad himself and the actual decision-makers have closed, or at best no longer reachable…

The direct and rare appeal made by Rami Makhlouf, cousin of the Syrian President, Bashar al-Assad, through his Facebook page, revealed that what was being said in secret and in the form of rumors among Syrians and analysts, about an internal clash in the corridors of the regime some time ago, was real and partly leaked to the public, and now it reveals an issue that is still compounding like a downhill snowball, and no one knows where it is headed.

Makhlouf made an appearance online in a 15-minute video, whining, explaining, and urging al-Assad to personally intervene in the Syrian government’s claim against him to pay up his accumulated taxes (that amount to $100 million) over the past years through the activities of one of his biggest companies in Syria, Syriatel Mobile Telecom, which has 11 million subscribers and 6,500 shareholders, according to him.

This sort of skirmish has occurred publicly for the first time, and provides us with a broader opportunity to confirm the reports that have been rumored around an unstable relationship between the regime and Makhlouf.

For the first time, news about a person as important as Makhlouf and the enormous wealth that he has piled up for over two decades, is being discussed in front of the Syrian public inside and outside the country, in this manner.

Last year, Press reports mentioned the presence of a rift within the ruling family in Syria as a result of a dispute between Bashar al-Assad and his cousin Rami Makhlouf.Following the eruption of protests in Syria, Makhlouf had announced, directly and publicly, that he had ceded conducting business and relinquished his companies’ shares to the benefit of humanitarian companies that he owned and supervised their boards of directors personally.He had hoped that this compromise would ease the burden and limit the impact of the international attack on Bashar al-Assad and his regime, which had faced massive protests and an uprising aiming to uproot the regime and establish sweeping changes. He wanted to tell the world, that attributed its attack on the Assad’s regime to the cruelty of the authorities and corruption, along with the riches of Rami Makhlouf, the cousin of the president, that here he was, giving up everything, hoping to soothe the Western storm and the threats that came pouring in from all directions.Through his enterprises in several economic sectors and investments that constitute the backbone of the Syrian economy before and after 2011, his companies are considered to be an expansion of influence and wealth in the business world in communications, tourism, energy, and finance. He founded major companies such as “Ramak Development and Humanitarian Projects LLC” which is the largest contributor to Syriatel with 40% of shares, allowing him to preside over its board of directors, as well as Al-Fajr, Sorouh, EIP Levant Fund, and others

From that perspective, what can be discussed and analyzed is that Makhlouf’s debut on social media shows that official outreach channels with the regime, including al-Assad himself, and the actual decision-makers have become closed, or at best no longer reachable as they used to be. This means he is isolated and looking for a savior.Assad might have intended to distance himself from responding or communicating with Makhlouf and he has his reasons since the entire case revolves around a formal request from a governmental entity to a company headed by Makhlouf. This allows Assad to give the tax claim, financial strangulation and confiscation processes, an official nature related to the efforts of government agencies. He hides behind these government demands addressed to Makhlouf and other businessmen, while enforcing them to pay money. Meanwhile however, he is the one who manages this process of clipping wings and reconfiguring new structures in the financial and business sectors.

In a part of his speech, Makhlouf tried to propitiate the inner Syrian segment who benefit from his business, investments, and his support and relief related work. He directly talked about the strain he undergoes and that his relations with other parties have worsened, indicating that the collapse of these investments will inevitably result in the losing of their jobs. Regarding this issue, he personally asked Assad to consider such consequences by rescheduling payments to avoid this collapse.

One of the main reasons that led to this situation is the costs of the Syrian war, the severe economic constraints the Syrian regime suffers from due to the imposed international sanctions, and the deterioration of the financial and economic status of the regime. So the regime’s turning to the businessmen who benefit from the regime’s existence became a necessity; demanding payments and asking them to bear some of the expenditure burdens.

This indicates that this wave against Makhlouf was not recent; rumors had been spreading, and from multiple sources, indicating the presence of a power superior to the Syrian regime that controls and issues orders across Syria to constrain wealthy people and combat beneficiaries, concurrent with the extreme poverty that has befallen the Syrian people. We are of course speaking about Russia, the politically, militarily and economically supreme decider nowadays in Syria.

Last December, the Ministry of Finance imposed a provisional attachment on the assets of the “Abar petroleum services SAL offshore” company, registered in Beirut, which is undertaking the transportation of fuel and petroleum products to Syria and whose name is included in the American sanctions list, as well as the assets of Rami Makhlouf and other businessmen. This made Makhlouf later deny any legal relation with said company, also claiming that in this particular case, he paid 7 billion SYP to the state, but the assets’ seizure was still not lifted.

Whoever was behind the decision of forcing Makhlouf and other businessmen to pay, has continued to exert this pressure since mid last year when the provisional attachment orders were issued against him for tax evasion and committing violations. This is considering the provisional attachment a non-final confiscation of assets; as it is provisional to the settlement and the payment to the concerned authority, it reflects a significant shift in the relationship between the Syrian regime and its economic allies, at a time when no one could have said “No” to Makhlouf.

Although Makhlouf’s speech reflects the actual relationship between the regime and its solid economic allies, it proposes huge speculations and uncertainty to Syrians at this critical juncture; the Syrian people are suffering from extensive international intervention and the worst ever living conditions.

This could be inferred from the volume of comments and reactions expressed underneath his video post. According to sources, many Syrians regard the current situation as if  Makhlouf and the regime are in a boxing ring, no one capable of expecting the result or the winner, since the game is not over yet.Most importantly, this new approach that the regime is taking towards businessmen who have accumulated fortunes and benefited from their relationship with powerful figures may pave the way to new businessmen whom the regime has planned for their appearance now as substitutions, while maintaining the same policy to control wealth and assign roles.