Is the ‘Coronavirus’ Approaching Prisons of ISIS Elements Held By The Syrian Democratic Forces? 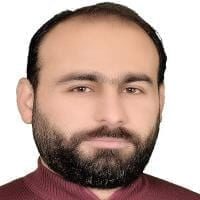 ‘SDF’ plays the card of ISIS hostages held in their prisons, and draws the attention that they can escape and threatens to release them, every time it’s under political or military pressure, especially during the Turkish intervention in Sari Kani and Tell Abiad. SDF is constantly calling for more international financial and political support, and for an international trial for the foreign elements, Arab and local ISIS leaders, amid its criticism of countries that have refused to receive their citizens who were held in those prisons.

Following the defeat of ISIS in the battle of the Baghouz, “SDF” managed to capture large numbers of ISIS fighters, and placed them in their own camps and detention centers. Our team in ‘Daraj’ tried to obtain information from various sources within SDF, but there has been no positive response. However, a media source pointed that “SDF” owns three special prisons for ISIS elements distributed among Dêrik―Al-Malikiyah―Qamishli, and Hasakah, in addition to the presence of other elements in different detention centers and camps such as; Al-Hawl and Ain Issa camps in Ar-Raqqah Governorate, and these include 44 various Arab and foreign nationalities, amid tight security. Such overcrowded camps and detention centers can spell a humanitarian catastrophe, if the coronavirus reaches any of them. The International Rescue Committee issued a statement released earlier, warning that “The UN’s inability to provide cross-border medical supplies will affect the ability of humanitarian organizations to meet the health-care needs of those in the camps, especially in “Al-Hawl Camp” that holds the families of ISIS fighters, and has a population density of 37,570 per square kilometer.” With the WHO’s willingness to send 60 ventilators to the local government health authority in northeastern Syria, and considering the poor medical conditions in the region, the authorities of “SDF” are expected to have addressed the international coalition or even the UN to assist them as well, which is explained by the international coalition’s medical supplies and equipment offers―that amount to $1,200,000―to “SDF” to combat the ‘coronavirus’. Our team at ‘Daraj’ reviewed the figures that reveal the vulnerability of the medical conditions in the Kurdish Region, with a maximum of 36 oxygen masks in hospitals and medical centers that belong to the Syrian regime such as the national hospital in Qamishli and Hasakah. Moreover, it is estimated that the number of oxygen devices in Rojava―The Autonomous Administration of North and East Syria―is only 20; then there’s nine large quarantine centers that were chosen for the whole region in northeastern Syria. However, the International Rescue Committee said that two out of three of the chosen hospitals are not equipped at all.

The pandemic has caused confusion, shuffled the cards, and threatened the principal political pressure tactic of the “SDF” which is used against Turkey, the Syrian regime and the international community, especially at a time when ISIS itself seeks to make the Syrian file actors believe that it still exists, and that it can conduct several operations, such as bombings or assassinations.

Maen Talla―a researcher in Omran Center For Strategic Studies―divides the current situation between “SDF” and “ISIS” under Coronavirus into two overlapping actions and tells a Daraj: “The limited activity of the remaining ISIS cells, which the organization is striving to amplify―through its information bulletin and through some of the security operations that are being carried out along Iraq and Syria―has started to become clear. However, its goal in the era of the ‘Coronavirus’, is to take advantage of the political and security environment that local, regional, and international actors have created to combat the virus, using the remaining tools to show that ISIS has come back to life, which will re-establish, according to ISIS’ imagination, the organizational lines that are now in the transition phase after the decisive military strike. The main title of this phase is restoring the “idea and organization” by using the circumstances in favor of creating a chaotic security environment that helps ISIS to come back to life and reorganize ―like capturing and executing elements of some protection units in the countryside of Hasakah, or the bombings that took place in Al-Tabqah city, or its military operations in the Syrian Desert, according to ISIS releases― in order to send a message to the world declaring that it is still there.”

Besides the security and financial pressures arising from the frequent arrests of those elements, SDF also mentions large numbers of internees and their families, reaching 11,000 people. This number requires millions of Syrian liras to afford their daily needs. Self-management may seek a way out in terms of the large number of arrested elements by releasing some of them, national reconciliation or other ways, whereas international organizations and the UN refuse to support or finance the camps and prisons. Some speak about the singling out of self-administration by ruling alone, and how it cannot obtain any political recognition from any party, including the Syrian regime itself, which plays a major role in preventing the entry of UNDP organizations into refugee camps, especially the “ISIS” families, or prisons.

The pandemic has caused confusion, shuffled the cards, and threatened the principal political pressure tactic of the “SDF” which is used against Turkey, the Syrian regime and the international community.

According to Talla, “SDF” aims to use the “coronavirus” epidemic to gain more global support. “The Corona crisis will create a new rich investment for “SDF” to gain more support from the west against “ISIS”,” adding, “an aim of which initial indicators began to appear as the SDF tried to exaggerate “ISIS”s’ performative actions, taking advantage of the rebellion and escape attempts by some ISIS elements in the “Senaa” prison in the Geweran neighborhood in the Hasaka district”. Mayles Caggins, spokesman of the coalition, indicated that none of the prominent ISIS elements are detained in this prison.

This indicates SDF’s exaggeration of the issue of the ISIS internees and the way in which they raised it specifically at that time, using it as a political-security factor. This exaggeration is reflected in SDF’s fear of the coalition’s retreat in Iraq and its potential extension to Syria, by decreasing the number of soldiers or a possible re-deployment in the east of the Euphrates. “As prisons are overcrowded with internees, coronavirus will easily spread if one prisoner is infected. Generally, whatever the scenario SDF fears in case coronavirus hits the prisons where ISIS elements are, they will lose an important political factor that used to support them with the US on one hand, and helped them with their internal political statement that is used to skip the representative legitimacy inquiries on the other hand. In all cases, prisons’ protection is SDF’s most important security and governance challenge, and represents a measure of their precautionary policies. However strong the political factors that SDF attempts to invest in, they will always reflect an exaggeration due to their fear of supporters’ retreat (who responded by supporting the sector with 1.2 million dollars). ISIS which used to try hard to create spiritual and propaganda effects is no more the same. All ISIS is capable of now in the self-management areas arises only as the result of poor security governance”.

On the other hand, the media source does not regard the SDF’s loss as a high probability, saying “assuming that coronavirus broke out in prisons and resulted in the deaths of many internees, however, their countries will be forced to receive their bodies; the bond between SDF and the coalition is strong and requires no new investments”.

Observers think that SDF, through their claims, aims to erect a court in the Kurdish district to win political gains due to the financing, judicial teams and international decisions the court requires. SDF may also gain a political and global validation of their self-management and affiliate institutions, as they are banned from attending any international event related to Syria’s future.