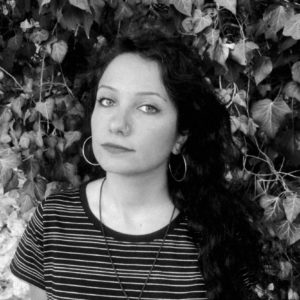 Nadine Abdallah
Lebanese Writer and Researcher
May 3, 2020
Menu
Indeed, it is in part a consequence of this cultural struggle that one can witness the emergence of one of Iranian cinema’s most important themes: despair.

Ayatollah Khomeini returns to Iran on the 1st of February 1979 after 14 years of political exile in France. Upon his arrival, he declares, ‘we are not against cinema; we are against prostitution’. It is in this statement that one can most clearly witness the Iranian leader’s desire to use cinema as a tool to diffuse his ideology and reinforce the so-called Islamic moral restrictions through film, most notably the absence of physical contact between men and women, the prohibition of explicit scenes, and the obligation for women to be portrayed wearing veils. Yet the Ayatollah’s mission revealed an inherent dilemma; how could cinema, typically a medium of free self-expression for Iranian filmmakers, be used to promote the restriction of free self-expression?

The roots of this tension are found in the very beginnings of Iranian cinema in 1900. In its infancy, its purpose was primarily to entertain. Professor Agnes Devictor of the Sorbonne explains how film fārsi, was a popular genre based on melodrama and comedy, largely failing in this period to establish unique or meaningful motifs.

As it matured, however, Iranian cinema faced the ire of the country’s religious institutions. In a move foreshadowing Khomeini’s later vision, these institutions began to impose censorship on Iran’s budding film culture. In his book Histoire du cinéma iranian 1900-1999, Mamad Haghighat, recounts how religious leaders expressed indignation upon seeing non-veiled women on the screens at cinemas, which were at the time exclusively open to men. It was only from 1960, with the birth of the cinema motafavet, and the emergence of Iranian cineastes like Mehruiji and Kiarostami, that films rich in political, societal and existential reflection started to appear.

Yet, even as these new films began to succeed in exploring more profound topics, they continued to run up against the reactionary censorship, the pinnacle of which being the eventual rise of Khomeini as supreme leader. Thus, one can see in Iranian history a struggle over the realm of cinema, between Iran’s free-spirited cineastes and its entrenched conservative elements. Nonetheless, all throughout this cultural game of “cat and mouse”, the cineastes continued to produce films of high quality.

Indeed, it is in part a consequence of this cultural struggle that one can witness the emergence of one of Iranian cinema’s most important themes: despair. In fact, contrary to the classical definition of despair elaborated in the classical existentialism, the concept of despair appears as disdain towards life and we can observe this quite clearly in the works of Iranian filmmakers as they experienced alienation, the sense that their work neither belonged to them nor reflected them. Yet is the origin of despair in Iranian cinema solely located in the restrictions imposed on cineastes, or is it in fact rooted far deeper in Iranian society and simply naturally mirrored by the country’s filmmakers?

The ideology of the Iranian regime is based on Shiism, more precisely its largest branch, Twelver Shiism. This form of Islam is characterized by two fundamental aspects: the first is the belief in 12 Imâms, the last one of whom being Imâm Mahdî who lives in occultation for political and religious reasons, and who will reappear in the eschatological times to install justice and peace. The second is the festival of ‘Achoura, the commemoration of the death of Al-Hussayn, Imâm Ali’s son, who was killed and beheaded in Karbala by troops of the Caliph of Damascus. In the relationship between these core tenants one finds inherent despair and fundamental disdain towards life. On one hand, Twelvers still live in hope, praying that Imâm Mahdî will one day return and deliver them from this meaningless life. While, on the other hand, one sees in ‘Achoura an event that depicts death as a path to holiness.

The Twelver’s passive expectation of Imâm Mahdî’s return had led the sect to remain for a long time outside the political scene, as they considered that only the Imâm could be the rightful leader. However, this perspective changed with the arrival of Khomeini, who insisted on the importance of establishing a state Wilâyat Al-Faqîh, in which the “Faqîh”, the leader, takes the decisions during the absence of Imâm Mahdî.

In doing so, Khomeini equated the infallibility of the Imâm onto himself as the Faqîh, Khomeini’s transposition served to add to the desperation of the Twelvers, for not only they are waiting for the appearance of Imâm Mahdî, but are now “happily” enduring moral and religious restrictions imposed by a man who claims to take the Imâm’s place. Consequently, even though Khomeini empowered the state of Iran and reinstated proudness and strength for Shi’a in general and Twelvers specifically, he only reinforced their despair. For Twelvers, life will always be despised because their expectations are always related to something beyond life itself, making life generally insignificant, simply a small step towards something bigger.

Looking deeper at ‘Achoura and the martyrdom of Al-Hussayn, the sense of desperation is once again clear, yet so too is the manipulation of this concept by the Iranian regime. The Twelver, and Shi’as in general, have a remarkable fascination towards the culture of death; it is an honor for a man to die a martyr like Al-Hussayn. During the Iran-Iraq war, the Iranian regime and its allies propagated the righteousness and nobility of martyrdom as they sought to encourage young men to go to war.

What this analysis has attempted to demonstrate is an Iranian society that is desperate, full of disappointment and contempt towards life and creativity, living only in an illusion of happiness and glory. In this society, life is not joyously embraced for it must always be reshaped according to moral and religious values and nowhere is this more clearly reflected than in Iranian cinema. The heavy and “moralizing” hand of the Iranian state is clear to see, from the structure of the film, to its framing, to its editing, and so forth. Yet beyond this, Iranian film remains rich in the symbolism of despair: suicide in Taste of Cherry by Abbas Kiarostami and Chicken with Plums by Marjane Satrapi, solitude in The Nights of Zayandeh-rood by Mohsen Makhmalbaf, the anxieties of children in The White Balloon by Jaafar Panahi.

After censorship, two categories of films stand out. The first a popular cinema, controlled by the State, which does not leave the country because it is unsuited to a foreign public. The second an independent cinema, created by the many directors and actors living in exile (such as the Makhmalbaf family) and little seen in Iran, but appreciated by festival-goers and cinephiles. However, the genius of this generation of filmmakers is to accept the struggle. Some directors, like Kiarostami for instance, have learned to transcend with and even play with censorship by using ever more creative processes and symbolism that suggests more than it shows. In one of his movies, Life, And Nothing More (1992), Kiarostami films a scene in which we witness a transition from howls of women who have lost their families and houses in an earthquake, to a magnificent view of nature filled with birdsong. By juxtaposing the lamentations, a Shi’a practice of sorrow, and the disaster, a symbol of life’s absurdity and fatality, we see that it is life in its simplicity that is being exalted by Kiarostami

Indeed, thanks to the tradition of the implicit, already rooted in the Iranian culture, and which is parallel to the idea of ​​the hidden Imâm, the filmmakers began to sow clues, to show that which cannot be shown. This follows the example of Iranian poetry, particularly of Sohrab Sepehri and Forough Farrokhzad, who express themselves through ellipses and figures of various styles and which must be dissected to be understood.

Thus, this tradition of implicit embodied in films is what will allow Iranian filmmakers to fight against despair, and to reveal a cinema that affirms life, that is free and liberated from restrictions, that is amoral, meaningless and yet beautiful as Camus says, just like the “taste of a cherry”.