‘Coronavirus’ in Jordan: The Poor and Day Laborers Pay the Quarantine’s Price 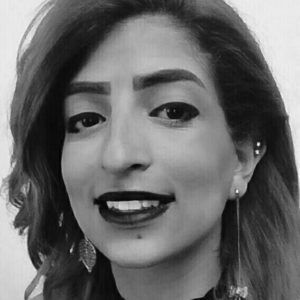 Heba Abou Taha
Jordanian Journalist
April 8, 2020
Menu
“Before the curfew, my mother used to help me and bring over some items, but I can’t reach her now due to how far she is. We only have some bread crumbs and oil left.” With the ‘Coronavirus’ crisis, the suffering of poor families has increased.

“Some crumbs and basic food supplies would be enough to satisfy us. We are not looking for more,” Fadwa―not her real name―complained steadily raising her voice. She is a widow, living in Wadi Al Haddadeh with her 4 daughters. She earns 130 Jordanian Dinars―which is equivalent to $183―per month from the Aid Fund. That amount neither covers her home’s rent nor the needs of her four daughters. What worsened this family’s financial situation is the quarantine and the curfew in Jordan due to the spread of the ‘Coronavirus’ pandemic.

“I feel so much pain when I witness citizens shopping and getting all they desire while I am unable to secure a piece of bread for my daughters,” Fadwa told Daraj.

Reem’s mother’s condition―not her real name―are not much different from Fadwa’s, as she is also suffering from the deterioration of her family’s financial conditions. “My heart aches when Reem (5 years old) tells me: ‘I’m craving some sweets, mom, I wish we could go to the grocery store like Hind, our neighbors’ daughter, and buy some stuff like she does,” She tells us.

“I cannot respond to my daughter, so I stay silent and hold my tears. We are already poor, as my husband’s salary is around 250 Jordanian Dinars, and we pay 170 of it for rent and the rest doesn’t even cover electricity and water bills,” she continues.

Reem’s mother’s condition deteriorated further after the curfew. Before that, she was trying to make a living from small jobs, and she used to receive some financial aid from family and relatives―even if it was small meals―but since the curfew was declared, that support was interrupted. “Before the curfew, my mother used to help me and bring over some items, but I can’t reach her now due to how far she is. We only have some bread crumbs and oil left.”

With the global crisis of the ‘Coronavirus’, the suffering of poor families increased and has been aggravated by the precautionary measures taken by the authorities, starting from the lockdown to the curfews. The reality of the situation has caused a number of low-income families to lose their only source of income, since they’d been relying on daily jobs or small-scale businesses.

Day Laborers Are the Most Affected

Essam is a plumber in his thirties. His income has been severed, and he is unable to satisfy the basic needs of his family. “I rely on what I gain daily from my job to satisfy my family’s basic needs, but with the curfew I stopped working and became unable to feed my family, which consists of my wife and my nine-year-old son,”  He told Daraj.

Ahmed’s suffering is similarly bitter. He is in his twenties, working in a garage to repair vehicles, and gets paid a weekly fee. Since the lockdown decision, he has not earned a single penny to buy bread and milk for his little sister and medicine for his diabetic mother. “I feel so helpless when I look in the eyes of my mother and little sister; After my father’s death, I became the family’s breadwinner,” he told ‘Daraj’.

Mustafa, the owner of a vehicle repair garage, complains: “I was financially destroyed in light of the current circumstances of the country, and I cannot pay my garage’s rent whenever the owner of the place asks for it.”

“Our work relies on daily income. If I do not open the garage―which is the only source of income for my family and me―I will not earn a penny. I couldn’t pay my workers’ wages due to the lack of cash and I couldn’t pay the rent of my house where I live with my family,” He added to ‘Daraj’.

Linda Kalash, the Executive Director of Tamkeen Center for Legal Aid and Human Rights, commented on the situation explaining to ‘Daraj’ that: “We have large categories of day laborers in Jordan who are employed in the informal sector; they are divided into informal workers in unregulated enterprises and self-employed workers such as maintenance workers, street vendors, mechanics, women who prepare food at home and sell it, in addition to employers who rely on their daily earnings such as: the owners of car maintenance workshops and owners of beauty salons.”

“In the first two days of the crisis, we received 95 complaints at Tamkeen center, most of them sent in by day laborers, who could not face or overcome the harsh conditions of life and feed themselves. Unfortunately, there was no quick move by the state to protect this category and we are now talking about hunger, which is more dangerous than the disease and the ‘Coronavirus’ pandemic itself,” she added.

According to official data released in 2019, the absolute poverty rate in the country has reached 15.7%, and in November of the same year, director of the Department of Statistics, Qassim Zoghby confirmed the same percentage, explaining that the poverty percentage in Jordan is one of the lowest in the Arab world. However, this was rejected by civil institutions specialized in poverty research, who say numbers are much higher.

Sociology expert Hussein al-Khuza’i confirms that these numbers are totally inaccurate. He estimates that “people living under the poverty line in Jordan are no less than 56 to 60% of the population, especially after the decline of the middle class”.

He explains to Daraj, “there are several question marks around the government’s refusal to publish any new statistics on poverty since 2010, which is very strange. Why can’t the state declare the details about the poorer classes?”

The Government is Concealing Poverty Statistics

On October 4, 2018, parliament member Dr. Deema Tahboob questioned the government about how the social classes, poor, middle and rich, are categorized.

Tahboob explained to Daraj that the purpose of the question was to get an idea about the financial status and incomes of the Jordanian family, but unfortunately, the government has so far concealed the most precise index in determining social classes, which is how one would determine the poverty line. The last published statistic was about ten years ago, in 2010, by the Statistics Department, where the poverty line was set at 813 dinars (equivalent to aobut 1200 USD per person).

Tahboob indicated that the government had adopted the caloric intake method (the per capita consumption of calories) to determine poverty levels, which is used by the World Bank as a hunger indicator, not to measure general poverty. It is used in countries stricken by natural disasters or wars, which means using it in different contexts gives misleading results. Stable countries use the multidimensional poverty index, which measures the level of access to health care and education, in addition to living standards and hunger.

“This was before the coronavirus,” she added angrily, “and the virus is not a ‘disaster’, but a passing pandemic, so why is the government hiding the truth?”

Tahboob stressed that the government’s ambiguity in providing aid to the poor, and speaking about proportions is meant to mislead the public in order to be able to impose more taxes at their leisure.

She gave an example of the floundering of the numbers, “The Statistics Department declared the presence of 8 thousand families suffering from extreme poverty. This information was contradicted by the NGO “Tkiyet Um Ali”, as the families registered with the organization exceed 20 thousand families”.

The State is Obligated to Provide Basic Needs

According to Article XI of the International Covenant on Economic, Social and Cultural Rights, “The States Parties to the present Covenant recognize the right of everyone to an adequate standard of living. This includes, but is not limited to, the right to adequate food, clothing, housing, and the continuous improvement of living conditions. The States Parties will take appropriate steps to ensure the realization of this right, recognizing to this effect the essential importance of international cooperation based on free consent.”

Muhammad Shama, a human-rights journalist, says, “Unfortunately, when the government took a decision to impose curfew, they weren’t keeping in mind a specific policy or clear mechanism to support the poor in need, day laborers or those who live day by day”.

Shama confirmed to Daraj that there is are many deficiencies from the state regarding the lack of involvement of the government, civil society organizations and private sector in the steps they take, especially when there is interest from civil society organizations in assisting and providing aid. The defaults come from the and it should re-evaluate the situation, and involve various sectors, including syndicates, parties, organizations, and charities in order to alleviate the burdens of the poor and marginalized people.

Human rights activist Riyad Sobh explains, “Given that the government has declared a state of emergency, its agencies should deliver aid and basic needs to the citizens, especially the poor.”

Ameen Arar, project manager at a charity named “Orphan Child”, said, “We were contacted by several families asking for help to provide them with bread, milk and basic supplies, but we were unable to do so because we couldn’t get a permit to deliver aid to these families”.

“At the beginning of the crisis,” he explained to Daraj, “we voluntarily sent proposals to the Prime Minister’s office, the Crisis Centers and the Ministry of Social Development, in order to be allowed to deliver these supplies, but we unfortunately haven’t received any response so far, which really hinders the delivery of aid to the poor”.

He demanded that the government allow these associations to offer supplies to the poor who cannot afford to purchase their groceries, or even bread.

On the other hand, one of the volunteers (who preferred not to be named), was able to reach a poor family on foot, because he’d been unable to obtain a permit to use a vehicle to do so, and offered the family 50 dinars. “The 50 year old woman took the money and cried with joy,” he said, “She said: ‘You saved me with this money, I didn’t even have enough money to buy bread for my children.’”