Yemen: Corona Around the Corner, Not Enough Thermal Scanners in Hospitals

Wael Sharha
Yemeni Journalist
April 7, 2020
Menu
Many Yemenis are concerned about the ill-equipped hospitals that are not prepared to take the precautionary measures to confront Corona...

Yehia Rassam was forced to visit three private hospitals in Ma’ain District in northern Sanaa, to have his temperature checked by a thermal scanner that is used currently around the world to detect body temperature, so that he can know whether he was infected with the Coronavirus.

Rassam was able to obtain a thermometer at Shamlan Hospital, he tells Daraj, a special device for checking the temperature of people suffering from a fever, but he did not find any thermal scanners in the hospital itself, as was the case in “Al-Rahma and Al-Madina” hospitals in the northwest of Sanaa, which he’d also visited.

Nowadays, Yemenis live in anxiety, fearing that the epidemic’s potential invasion of the country will arrive alongside the absence of the specialized devices that detect the virus, including the thermal scanners, after more than 50% of the health infrastructure was destroyed by Arab coalition airstrikes, according to the latest statistics announced by the Ministry of Health in Sanaa.

Dr. Abdul-Majed Al-Farah, Chief Manager of Private Facilities in the Community Pharmacy Owner Syndicate explains to “Daraj” that a regular thermometer is not classified as a proper device to detect coronavirus infection, as it is used orally; in fact, such devices are expected to contribute to the transmission of the virus. He adds, “The readings of the examinations with this device [a regular thermometer] are not accurate until after a period of time, estimated at twenty minutes, passes since the patient had showered, given the effect of cold or hot water on body temperature”.

According to the epidemiologists, thermal scanners are used to measure body temperatures of travellers or visitors to hospitals, and people arriving at any public facilities; If the temperature of any citizen exceeds 38 degrees, the person is considered a suspected case and requires isolation so that his status is verified and checked by the “PCR”.

Officially, no corona cases have been registered yet in Yemen, but the threat is escalating due to the increased number of citizens returning from infected countries in March, which exceeded four thousand returnees, according to Dr. Abd Al-Hakim Al-Kahlani, spokesman of The Higher Committee for Epidemiology.

During field visits to 6 private hospitals (in the center and east of Sanaa), the investigator documented the complete absence of the thermal scanners that should have been used to examine the visitors of these medical facilities, which represent 75 percent of hospitals in Sanaa, according to statistics by the Directorate of Private Health and Medical Facilities in Ministry of Health in Sanaa.

The Ministry of Health in Sanaa has repeatedly called upon medical establishments and public/private hospitals, since early January 2020, (the last of which was a circular on the 9th of March) to raise alerts and prepare them after the Coronavirus outbreak in countries across the globe, including the Middle East.

However, the private hospitals justified their negligence in providing the thermal examination devices―an incredibly simple precautionary measure―by claiming that: “There is a lack of thermal testing devices in the medical supplies market in Sanaa,” according to Dr. Sadiq Al-Damini, Director-General of Amana Hospital, northeast of the capital.

Dr. Sadiq―who’s a Director-General of one of the hospitals that Yahya Rassam visited and in which he did not find any thermal examination products for temperature screening― demanded from the Ministry of Health to quickly provide the hospitals with such devices through medical supplies companies or health organizations in Yemen.

The price of the “Chinese-made” device that Sadam obtained cost $200, which compelled him to order more than 500 devices from China, but he fears that it will arrive late due to the closure of many ports in different countries that have done this as a part of their precautionary measures to limit the spread of the ‘Coronavirus’ on their territories.

Most thermal imaging products for temperature screening in the Yemeni market (all of which were made in China) were not more than $20, before the spread of ”Coronavirus”, according to the information ‘Daraj’ obtained from Rizk Al-Shagdari, the Medical Equipment Engineering Officer at the Dida Medical Supplies Company. The reason for the high prices was due to the high demand, especially in light of the lack of their general availability previously in the Yemeni market; they are not usually provided unless they are requested as a tender for a specific organization or entity.

Dr. Muhammad Al-Khulaidi, the Director of the Medical and Private Facilities Department at the Health Office of Sanaa, agrees with Dr. Essam Al-Dumeni on the importance of having laser thermal examination devices at the entrances of private institutions, as it is one of the most important methods to help identify the suspected cases of “Coronavirus”, in the event it spreads in the country.

In his conversation with “Daraj”, Dr. Al-Khulaidi disagreed with the owners of private hospitals about the responsibility of the Ministry of Health in providing the equipment to such hospitals, stressing that it’s the hospitals’ responsibility to take the precautionary measures highlighted by the ministry.

The Ministry of Health, with the assistance of the Supreme Board of Drugs and Medical Appliances (SBDMA), is coordinating with medical supplies companies to import laser thermal sensor products and other necessary equipment to combat the “Coronavirus” outbreak, according to Dr. Al-Khulaidi.

Yemen’s Neighbours Need to Step Up

Jan Egeland
Saudi Arabia, the United Arab Emirates, Kuwait and Qatar must act now to avert a manmade famine unfolding on their doorstep.

Donya Altaieb – Salem Al-Rayes – Mohamad Abu Doun – Asmaa Azaizeh
Daraj and Raseef22 collaborated in assessing the vaccine rollout in Palestine and Yemen in light of the challenges these two countries face: administrative shortcomings and corrupt systems. This is the first report from Palestine. 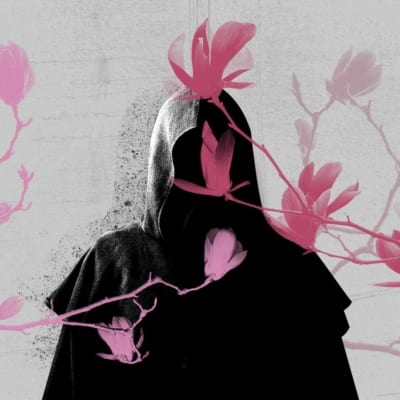