Iraq: Shrine Rituals Increased the Spread of the Virus 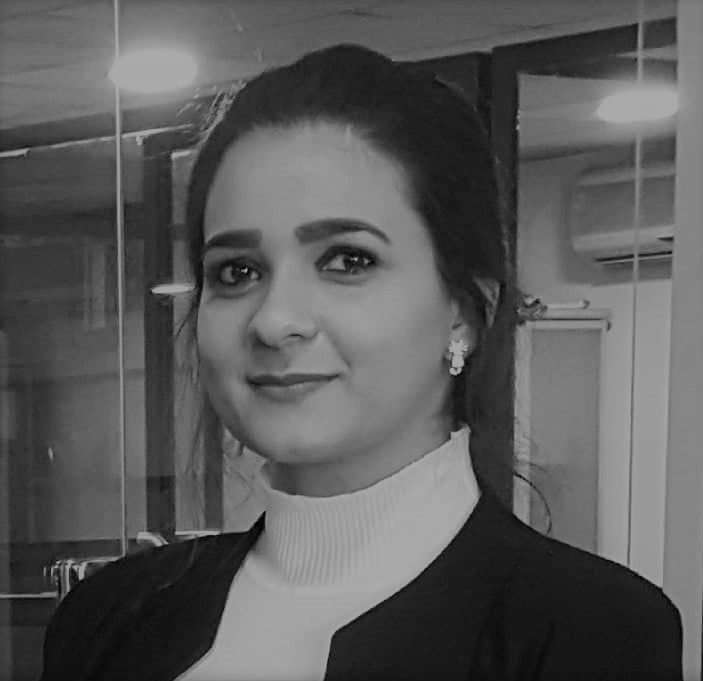 Zainab Al Mshat
Iraqi Journalist
March 29, 2020
Menu
“I believe that the revered Imam Musa al-Kadhim has an occult power on everything, including viruses, and he can ward the danger away from us”!!! Ahmed exclaims.

Doctrine, and his belief in it, led him to perform the rituals that commemorate the anniversary of the death of Imam Musa Al-Kadhim, that is said to have occurred around this time; this is despite the decisions and curfew limitations calling to restrict movement, and halt religious rituals due to the spread of the Corona virus. Large groups in Iraq are still refusing to comply and insist on going out to perform their religious rituals; Among them is Ahmad Saad, who insisted on participating in the commemoration of Musa Al-Kadhim, an Imam that Shiite Muslims believe was infallible. “I believe that the revered Imam Musa al-Kadhim has an occult power on everything, including viruses, and he can ward the danger away from us”!!! Ahmed tells ‘Daraj’.

Ahmed, 25, is a follower of Sadrist Movement led by Muqtada al-Sadr, who had offered different opinions related to religious visits and gatherings, that prompted the Iraqi political and religious authorities to stop them at the current stage, while awaiting the containment of the Corona virus.

“The main reason for my going out and performing the commemoration rituals was the direct request by the leader Muqtada al-Sadr in his tweets on Twitter, if his directions had been against that, I wouldn’t have gone out,” Ahmad explains. “I totally believe that the leader Muqtada knows, and is better informed about what’s good for us, so I follow his directions,” indicating that “Mr. Sadr has the knowledge and wisdom, not only in matters pertaining to religion, but also has full knowledge of viruses, how they are transmitted and ways to prevent them and treat them”.

During the commemoration of the martyrdom of Musa al-Kadhim, Ahmed said, “I was careful not to mix with the crowds; I wore gloves and a mask, and stood apart isolated from others. I didn’t enter the shrine directly to avoid the crowd”.

Six days before the anniversary of the death of Musa al-Kadhim’s, the leader of the Sadrist Movement posted a tweet on Twitter criticizing the role of the religious authority in Najaf for cancelling Friday prayers, and urged his audience to visit and practice the congregational prayer (Jama’a) anyway. Consequently, the coronavirus death toll increased from “165 to 214”, an outcome announced by the official spokesman of the Iraqi Ministry of Health, Saif Al-Badr, indicating that “the visits and gatherings was onne of the reasons for the quick and sudden escalation in the number of infections for the time period between Thursday the 19th, to Sunday the 22nd in March, meaning that the increase happened after the commemoration visit. The total number of cases in Iraq reached almost 600 cases, and the number of deaths has exceeded 40 people”.

After his first statement, Sadr released a contradicting statement, directly after the end of Musa al-Kadhim’s visit rituals; where he urged his followers to comply with the curfew, due to the outbreak of the virus. He also threatened people of the highly populated (Sadr City) in Baghdad, that he would deprive the city of his family’s name if they don’t abide by the quarantine rules and prohibitions imposed on the Iraqi people in order to overcome the crisis.

As the Coronavirus pandemic spreads around the world, all the medical advice has gathered that the rapid transmission rates occur in large human gatherings, especially with weak health protection measures; this has deemed places of worship a major focal point of high infection rates, as the map of cases in more than one country that has been covered by the epidemic, including Iraq, has shown.

Religious and political leaders were divided over their stance on religious practices and visits, between those who called for stopping and avoiding them for the time being, and those who are still encouraging their followers to abide by them.

Between “what is favored” and “what is obligatory”- according to religious categorization- many followers of Iraqi religious leaders have fallen victim to the Corona epidemic. Sheikh Majeed Al-Aqabi, the head of Al-Fikr Center for Dialogue, informed “Daraj” that: “The Islamic religion operates upon the principle of ‘There should be neither harming nor reciprocating harm’, and it prioritizes “what must be done” over “duty”. Since visiting shrines is only favored by God, then it can be postponed as preservation of the human life and protecting human beings is obligatory, according to the teachings of Religion.”

It seems that the practices and rituals of the Iraqi Shiites are responsible for a large of the causes of the spread of the Corona virus and it’s large number of cases. A recent Corona-positive case appeared in Mosul city, a photojournalist named Mohanad Al-Enzi, who appears to have gotten it during the Umrah ceremonies in Saudi Arabia, and ended up passing it on to 5 other family members.

Winning Over The Public

Religious leaders in Iraq play an influential and fundamental role in the country that often exceeds the role of the state and official agencies. A fatwa or stance taken by a religious leader can be more influential and efficient than any decision taken by a local or political official. Hence, the stances of religious references are crucial in terms of determining the containment or spreading of the virus.

Mr. Shubbar believes that otherwise the reason behind many citizens abiding by the curfew is due to “The role of social media in raising awareness among people, and had it not been for the global follow up of the crisis through the international news agencies and social media platforms, Iraqis would not have believed the government’s words, and most of them would not have respected the curfew decisions, as their adherence to those rules was not in compliance to the government’s directives, but rather the awareness of some individuals and to protect themselves.

The religious authority in Najaf, as well as the administration of the Holy Shrines in the governate Karbala refused to welcome any visitors, especially with the upcoming pilgrimage ritual performed in Shaaban (a religious month decided according to the moon, this year occurring between March and April) commemorating the birth of the awaited Mahdi (one of the Shiite sect’s Imams that they consider their ‘Absent’ Imam).

Moreover, a statement was issued by the two Shiite governorates (Najaf, Karbala), according to Mushtaq Al-Ali, the information director of Al-Abbas Mosque and Shrine, who said that: ““The governorate imposed a curfew until April 17th in order to go past the timing of the ritual performed in Shaaban, and we’ve refused receiving visitors with the aim of curbing the epidemic, and this is also what has happened in Najaf.”

The religious rituals in Iraq will remain the subject of controversy, especially among a wide range of believers that shrines visits are a ritual that they do not want let go of, despite all the health risks, and this matter, if it persists, marks a risk that is going to be difficult to assess.

Daraj
Celebrating Saied’s unconstitutional decisions is a dangerous signal, as is Ghannouchi’s choice to opt for a confrontation in the streets. Will the army remain idle?

Diana Moukalled
Leaked Pegasus data show how the phones of Latifa, Haya and people close to them were targeted following their daring escapes from Dubai. While Haya resides in Britain where she fights for custody over her children, very little known is about Latifa after she was forcibly brought back to Dubai

Pegasus Leaks: The Egyptian Foreign Ministry is Under Saudi Monitoring!

Hala Nasreddine
Regardless of the reasons that prompted Saudi Arabia to target and wiretap the Egyptian Foreign Ministry, there is no legal or moral justification for what the Kingdom has done to its allies.

Espionage is Part of Egyptian-Saudi Relations

Hala Nasreddine
Despite the strong alliance between the two countries, especially after President Abdel Fattah Al-Sisi assumed the presidency in 2014, the Kingdom of Saudi Arabia follows a policy of mistrust of allies and enemies alike.