On Being Gay in Savage Times 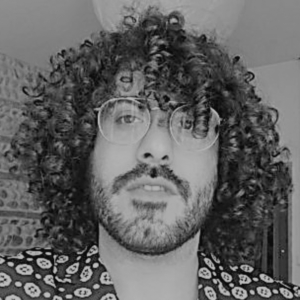 As I watched a video of an assault on a young Lebanese gay man in the northern city of Tripoli, my senses remained numb. Lately, the ubiquity of similar images has robbed me of my tendency to be shocked. One day, we hear a boy has taken his own life because he was gay. The next, a guy with natural sexual leanings has fallen victim to blackmail, and is now forced to hide in fear, relegating his sexuality to a dark corner, like some insignificant item in a box of forsaken personal belongings. In this barbaric society, his secret had better stay that way forever.

Western journalists who report on Lebanon are oblivious to the terror the LGBTQ+ community sways under. In fact, they try to convince their audience that this horror is a myth, totally incongruent with the country of succulent fattoush and tahini hummus. Well, Western media can go on projecting its own fantasies on our country until the cows come home, but no one who lives here is fooled by the fancy scene of crowded nightclubs that open all night long, the object of the West’s mesmerized admiration.

Behind their glitzy exterior, Beirut’s nights cover a lot of sickness and agony. There is a subterranean world of sectarianism and bigotry where every iota of individuality had better be suppressed if one wishes to survive.

Western reporters are heedless of Lebanon’s grievances. Like their orientalist forefathers who, long ago, called it the “Switzerland of the Middle East,” they now sing the praises of the country’s so-called “harmonious coexistence, tolerance and respect for LGBTQ+ rights.”

Foreign correspondents often base their observations on the two bar-lined strips of Mar Mikhaïl and Gemmayze, while the rest of the city is reeling under Hezbollah’s arms and other active militias. In fact, outside those two famous streets, the whole country is teetering under religious, communal and institutional laws that criminalize and prosecute LGBTQ+ people, while everyone else stands by, watching complacently as the latter get tortured.

Lebanon’s air reeks of homophobia. You can smell it in every house, street and neighborhood. It is a very  functional homophobia, built in a whole system of violence, starting with neighborhood thugs, and ending with law-enforcement bandits, boosted by all sorts of organizations, from investigation offices to intelligence agencies, and armored with media outlets continuously discharging hate ideologies, not to mention the clerical authorities who thrive on attacking personal liberties.

Western journalism paints such a rosy view of Lebanon’s gay life that almost everyone I meet in France looks at me with envy when they realize I hail from the land of the Cedars! To them, Beirut is another French Marais, where guys kiss and hold hands on the street. People’s imagination runs really wild sometimes.

From far away in France where I now live, a country that respects my sexual orientation and gives me a chance to come to terms with it, I still feel the pain of that young man’s body crumpled on the floor.

Forty-second viral videos of two Lebanese men dancing together at a concert, or of two others hugging and raving at some club, may fool naive Westerners, but they do not alter the fact that we are a delusional people, hiding behind our self-invented clichés of who we are; phrases we tirelessly repeat to our visitors: “welcome to Lebanon, the open window of the Middle East.”

Not even the local and international success of our rock band Mashrou’ Leila with its lead gay singer, who did a great job polishing the image of our country abroad, will dispel the illusion that it is as safe to be gay here as, say, Israel. The comparison makes for nice turns of phrase in western journalism: “two occupied, estranged capitals, but united by gay love.” In reality, they remain merely two occupied cities: one by a terror state, the other by a sectarian chorus.

The delusional narratives we weave about our country are of no help to us in the oppressive environment we are immersed in, where the abuse of LGBTQ+ people is so justified by the tyrannical law, that it passes as a triviality. Thus, the murder of a homosexual man in the Northern region of Akkar years ago was dismissed in court on “honor” grounds. No further investigations. The perpetrator is still free.

All such criminals in Lebanon are roaming freely. Omar Alhegah’s name is not the latest addition to the list. A self-proclaimed “hero,” Alhegah shot to fame after a video went viral, that shows him torturing and pummeling a boy who looks gay. He pounded his face to the rhythm of a mantra: “Say you are a rabbit! Say it!” A rabbit: an insult hurled right and left at gay people, even used as “a joke” by some TV presenters.

What those bullies don’t realize, is that they are only insulting themselves. That they are a disgrace to Lebanon, and to the very “masculinity” they boast of, which they squander on violence and crime.

I felt the humiliation of the guy in the video. From far away in France where I now live, a country that respects my sexual orientation and gives me a chance to come to terms with it, I still feel the pain of that young man’s body crumpled on the floor. I am sure he will never forget this cruelty. Not even seeing the beast behind bars will ever do him justice. Who will give this handsome young man with colored eyes and well-brushed hair, his dignity back? Who will return to him his right to be a free individual? He will be a captive of his pain for the rest of his life.

In that video, I saw myself and others I know. And my only wish is for all gay people to survive the curse of this savage East.