Souha Bechara Writes About the Travesty of Releasing Amer Fakhoury 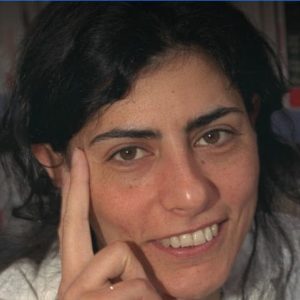 Souha Bechara
Former Prisoner in the Khiam Detention Center
March 18, 2020
Menu
I spent ten years in the “Khiam Detention Center”, the symbol of human rights violations in the twentieth century. The name of this agent, sometimes called “the Butcher of Khiam” , was all over the cells of the prison, which was controlled by the military.

On September 17, 2019, Amer Elias Fakhoury was arrested 13 days after entering Lebanese territory through the Beirut airport.

On March 16, 2020, he was released through a decision taken by the President of the Military Court.

This court looks into many exceptional crimes including treason, espionage or illegal connections with the enemy that affect the internal or external security of the State.

After the military court session and its ‘research’, and after taking into consideration the practices it had assigned to Amir Elias Fakhoury that he’d performed against the prisoners during his role as commanding officer of the Khiam prison prior to 1998 (which ranged from forcibly and violently repressing protests, practicing torture and inhumane treatment, participating in and overseeing the torture of prisoners and kidnapping and hiding the captive Ali Hamza after also proceeding to torture him). The military court issued the verdict to desist from the tracking of the accused, citing “the expiry of statute of limitations over the ten-year time …”.

I heard the name of Amer Elias Fakhoury before I was arrested by the Israeli occupation through his agents known as the “South Lebanon Army”. I am from the area of the border stripm and his name was common among people as one of the faces of Khiam’s prison personnel and one of its most prominent jailers.I spent ten years in the “Khiam Detention Center”, the symbol of human rights violations in the twentieth century. The name of this agent, sometimes called “the Butcher of Khiam” , was all over the cells of the prison, which was controlled by the military.

I heard his name, while we were in cell No. 6, through the testimony of the former prisoner Kafah Afify, who told me how he had put out his cigarette in her open wound. Kafah Afify is the Palestinian who had survived Sabra and Shatila massacre; The massacres that were committed by the Israeli enemy in the capital, Beirut in 1982, during which they unleashed their agents in the Saad Haddad army.This same army was during which Amer Elias Fakhoury was in its logistical ranks, and participated, according to his statements, in the Israeli invasion in 1982, and this is what was stated in a letter from his family published in the newspaper Al-Nahar on September 23, 2019.

When I read and re-read this decision, I get the feeling that they are talking about a Lebanese prison commander, who has committed violations, and criminal offenses which are now outdated.

The court did not bother to mention somewhere between the lines, the word “Israel” for clarification, nor the word enemy, betrayal, nor even the passing of the expression like “Violating Security of the State”! It struck me how nonchalantly they displayed the crime of enforced disappearance of Ali Hamza, now also considered an outdated crime!

When I read and re-read this decision, I felt anger at the main points they simply overlook in regards to the prison, as if he wasn’t a prisoner from the Israeli enemy, and on the other hand, from the occupation, as if instead he was simply one of the civil war’s remnants.

After all of this was presented, what will we be telling the martyrs who fell in Khiam Prison, and those who were martyred resisting the Israeli occupation?!

Today, in the name of the Lebanese law and the apparent hersey that considers an enemy agent a time-barred offence, let Lebanon also open its doors then to the agent Riad Al Abdullah, and the other agents like him deployed by The Israeli Security Agency around the world that don’t even require holding an Israeli citizenship.

For those who do not know Riad Al Abdullah; he is among the most important Lebanese agents inside the Mossad. In 2002, he was arrested along with 20 members of what was known as ‘Lahad army,’ in Cote d’Ivoire on charges of being involved in violent acts and he was released after Israeli intervention.

Last but not least, in the context of this farce which is being committed in the name of the law, the United States―which directly intervened to prevent the French authorities from releasing the oldest political prisoner, Georges Ibrahim Abdallah, from their prisons (1985)―is today intervening to force the Lebanese judicial authority, and others, to release an American citizen of Arab origins, or sorry, Phoenician origins to be precise.

And thus, the question remains: Why did Amer Fakhouri enter Lebanese territory? How was the state security measure against him removed from his name, along with many other agents?