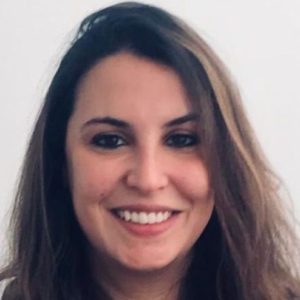 Diana Semaan- Amnesty International Syria Researcher
January 24, 2020
Menu
As I have been watching events unfurl in Lebanon I can’t help but ask myself: Is the use of excessive force and arbitrary detention by security forces in Lebanon against protesters eerily reminiscent of the conduct of security forces in Syria?

“If we had been in Syria, we would have done the unthinkable to you,” an anti-riot security officer in Lebanon told a detainee arrested at a protest last week. Not long after this comment was made, the Internal Security Forces launched an investigation after a disturbing video emerged on social media showing an anti-riot security officer ‘welcoming’ a group of arrested protesters who were being handed over to a police station in Beirut, with kicks and beatings as each individual was thrown out of the truck that had transported them from the scene of protests.

I have spent the past nine years documenting human rights abuses in Syria – that is, from the peaceful protests that started in Damascus, Daraa and elsewhere, to the horrific government crackdown that ensued and paved the way to the intractable conflict that continues to this day. As I have been watching events unfurl in Lebanon I can’t help but ask myself: Is the use of excessive force and arbitrary detention by security forces in Lebanon against protesters eerily reminiscent of the conduct of security forces in Syria?

Anti-government protests in Lebanon erupted on 17 October 2019 focused on demands for improved socio-economic and civil and political rights. In December, and increasingly in the past two weeks, security forces have resorted to excessive force, including large amounts of teargas and rubber bullets, under the pretext of taming and controlling “rioters” and “infiltrators” – those individuals throwing stones, water bottles and firecrackers at security officers and destroying private property. Since December, the confrontation between protesters and security forces has led to the arbitrary detention of at least 500 people, the vast majority of whom were Lebanese. Most were released after 24 to 72 hours. Last week, four Syrians and an Egyptian were amongst the people detained and were released a few days later.

On our television screens, we saw security forces subjecting many of the protesters and journalists to beatings and excessive and unnecessary use of force such as teargas and the unlawful use of rubber bullets. But this is not new, for decades, security forces in Lebanon have subjected detainees to torture and other ill-treatment in both formal and informal detention facilities. Last year, Amnesty International documented 10 cases of torture and other ill-treatment by army intelligence (under the Ministry of Defence); State Security (under the Higher Defence Council); the Internal Security Force’s information branch; and the Directorate of General Security’s information branch (both under the Ministry of Interior). Between 2017 and 2018, at least four Syrian refugees and a Lebanese man died in custody as a result of torture.

Many argue that the extent of the return of Syria’s influence in Lebanon is exaggerated, and that it would be unrealistic to assume that security forces in Lebanon can commit the same scale of violations as in Syria. Nevertheless, the past and present practices of torture and other ill-treatment, some flagrantly showcased on TV, should not be taken lightly. This is especially true for the international donors who have trained, equipped and funded the security apparatus in Lebanon.

Impunity is what allowed Syria’s industrial-scale system of torture and extermination to thrive. It is unacceptable that after nine years of conflict, one could forget or ignore the immeasurable suffering of Syrians, who for decades, and increasingly since 2011, have been subjected to the most gruesome crimes by the Syrian government enabled by the vast network of security forces across the country. These crimes include widespread and systematic torture and other-ill-treatment, as well as enforced disappearances and extrajudicial executions.

In Syria, the “unthinkable” begins from the moment a person is arrested. Syrian survivors told Amnesty International that they were handcuffed, blindfolded, and subjected to beating by Syrian security forces while being transported to the detention facility. Upon arrival, they are severely beaten from the moment they enter the branch until they are registered – described by many former detainees as “welcome party” beatings. Then, they are stripped of their belongings, including phones, laptops, and money, and subjected to interrogation for hours, sometimes days, where they are not allowed to access a lawyer or call their family.

During interrogation, they are repeatedly tortured, with techniques that include beatings, electric shocks, rape and sexual violence, as well as stress positions such as hanging from the ceiling by the wrists without touching the floor for hours. It is little wonder that many prisoners “confess” or inform on others. Thousands have died under torture or due to lack of access to food, water, medicine and other life-saving necessities. As soon as they enter a security branch, they are completely cut off from the outer world. Families do not know the fate or whereabouts of their loved ones for months, years and, in some cases, decades.

The Lebanese security officer who threatened the protester with the “unthinkable” may simply not realize what depths of cruelty and inhumanity lie at the core of his threat. Regardless, there is an urgent need for the authorities to make absolutely clear that they will not tolerate any such behaviour.

While the ISF statement on an investigation is welcomed, the authorities must ensure that it is conducted in a prompt, independent and impartial manner with findings that are made public and enable victims to seek redress. This is crucial not just for this incident in particular. Anything less risks normalizing a culture of impunity and fostering a cycle of ever graver, more widespread violence.

The newly formed ministerial cabinet, especially the Minister of Interior, has a responsibility to ensure protesters are protected from violence, arbitrary detention, torture and other-ill-treatment as well as harassment and surveillance. This government must act decisively to instill in security forces a culture of human rights, not one of cruelty and impunity. 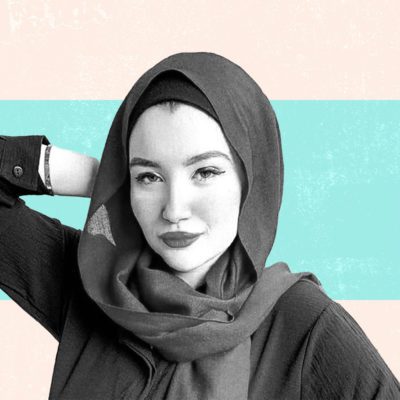