Lebanon: A Paradise of Waste and Pollution

Khaled Suleiman
Iraqi Writer and Journalist
July 10, 2019
Menu
In order to breathe unpolluted air in Lebanon, you either need to go and stand on top of some mountain or simply leave the country. But in the city, forget it. 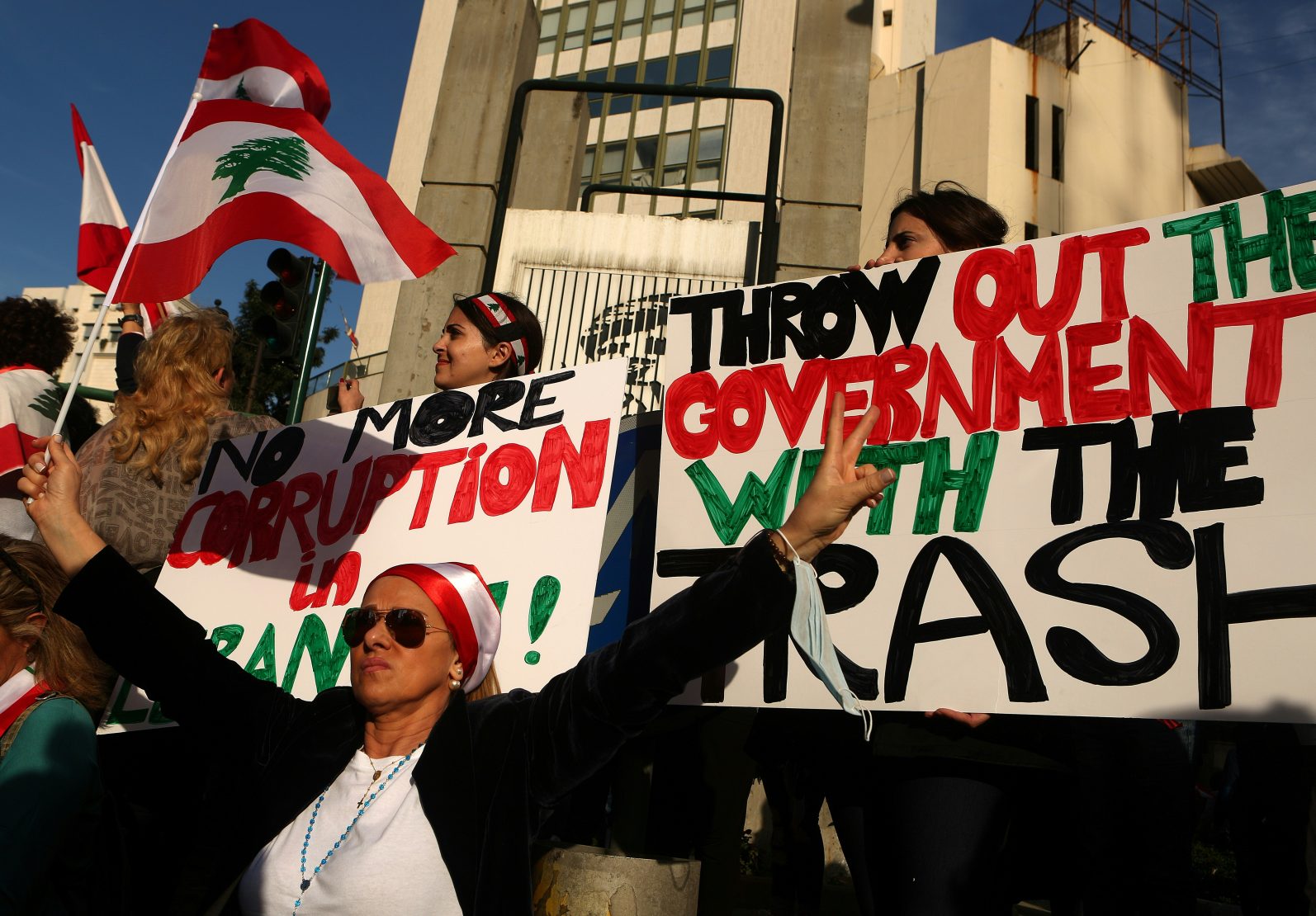 In order to breathe unpolluted air in Lebanon, you either need to go and stand on top of some mountain or simply leave the country. But in the city, forget it. Beirut’s streets are lined with sad, orphan trees, living in isolation and fighting heat and thirst. The lack of oxygen affects them a lot more severely than it does humans because they are planted in and surrounded by concrete. They breathe car exhaust.

According to the World Health Organization, Beirut’s pollution has already exceeded environmental standards three times. Numbeo, the world’s largest database of user contributed data about cities and countries worldwide, ranks Lebanon the 6th most polluted country in the world, preceded only by Mongolia, Myanmar, Afghanistan, Ghana and Bangladesh. Lebanon’s pollution index is 87.65 %, exceeding that of Nigeria, Egypt and China.

Lebanese activists have sounded alarms over the construction of waste incinerators inside their city. Through the International Platform for Change, they launched the slogan, “No to Incinerators.” Local environmentalists warn that power generators, traffic jams, lack of industrial waste monitoring, and the mismanagement of all environment-related issues, are all contributing factors to the ever-worsening disaster, which has turned into a public health crisis and especially affects children. While incinerators are safely operated in cities of developed countries, activists are not so sure it would be so in Lebanon. In their statement, they declare that, over the past decades, when tasks were much less complicated, the government was never able to effectively monitor waste management, enforce the implementation of the law, and bring to justice those who break it. “The state has thus repeatedly failed to avoid the current collapse in environment and health standards.”

Lebanon produces 6500 tons of solid waste per day, half of which is organic

The statement further warns that installing the proposed waste incinerators in the neighborhood of al-Mudawar and al-Quarantina will subject children from all surrounding areas, like Burj-Hamud, Ashrafieh, Sin-el-fil, Hazmiye, Jdeida, to carcinogenic pollutants on a daily basis. These findings are the result of a study conducted by Dr. Issam al-Laqis of the American University of Beirut, which tested a sample of pollutants as they are emitted from a flue, and tracked their transmission through the air across those areas. 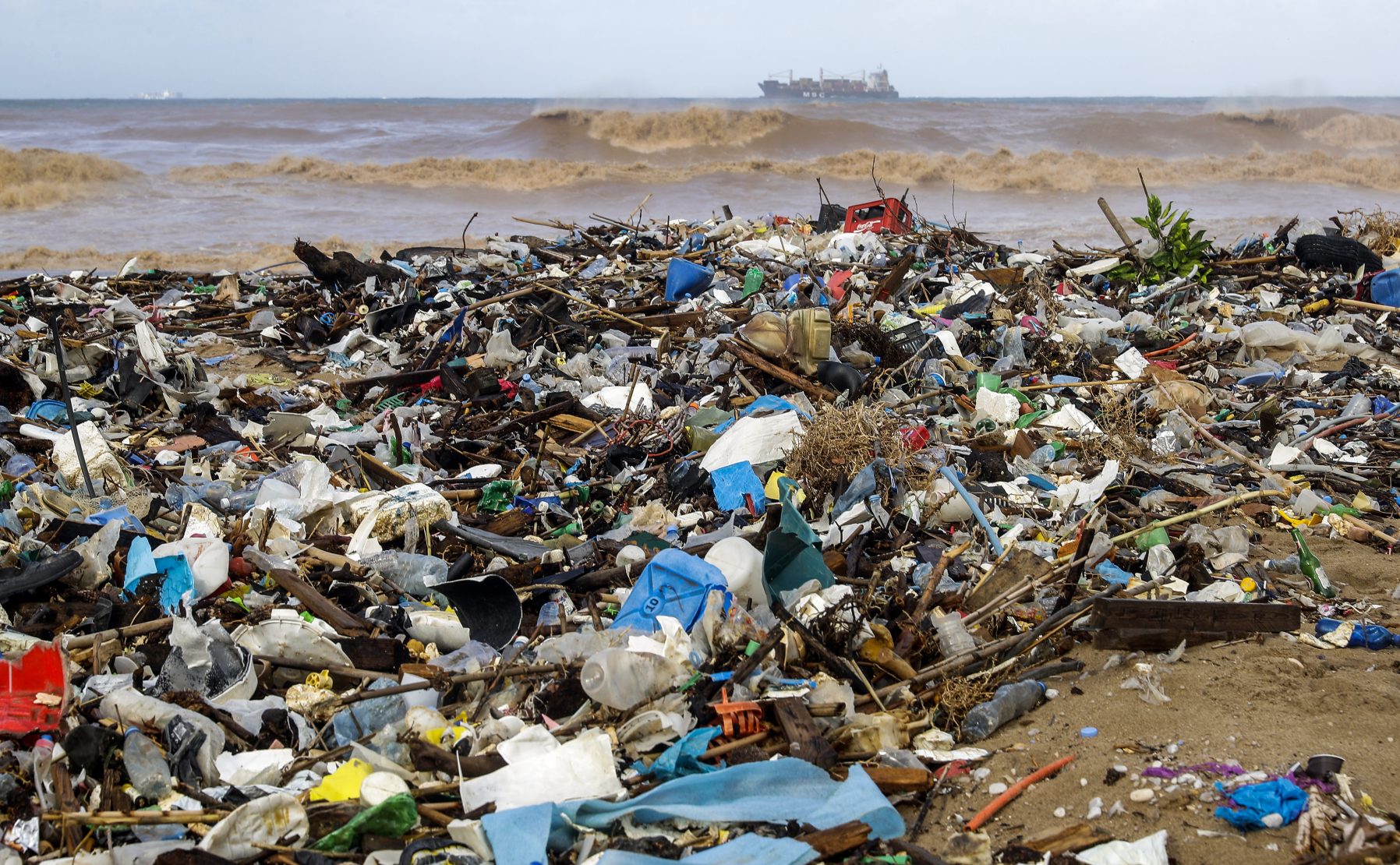 Of all the myriad air and water pollutants, the human element remains the most destructive, especially the waste sector, which the ministry of environment, based on data from 2011, concedes is responsible for 11% of the total greenhouse emissions in Lebanon. The sector, including wastewater, is also the largest source of methane gas emissions in the country, accounting for 87.5% of total national emissions. Methane, like carbon dioxide and other gases, is a greenhouse gas. The solid waste management methods are still primitive. According to the ministry, solid waste is responsible for the highest percentage, 94.3%, of waste emissions. Local municipalities produce about 1.56 million tons of solid waste each year.

As for the energy recovery process, it is almost non-existent in Lebanon. According to a 2018 government statement, Lebanon produces 6500 tons of solid waste per day, half of which is organic. 50% of this waste is haphazardly dumped in landfills and 35% is buried in Burj-Hammoud, at the confluence of the rivers Ghadir and Zahleh, and finally, only 15% is recycled. However, the data on the so-called “sanitary burial” cannot be verified, due to the difficulty of sorting the waste before dumping it in the landfill, not to mention that burying itself is not a sanitary solution either. In a country that lacks an ecological strategy that classifies landfills, organic waste is mixed with plastic, batteries and electronics. Toxic material thus leaks and endangers fertilizers, rivers and freshwater sources.

In addition to its household garbage, this tiny country produces 50000 tons of hazardous industrial chemicals each year ranging from electronic waste, expired medicine and other health institutions’ waste, used oils, batteries and tires, persistent organic pollutants, in addition to waste resulting from the olive oil industry, slaughterhouses, and the demolition and construction sites. In the absence of a proper environmental management, these materials are disposed of at random. Add to it all that the huge number of old cars and public transportation vehicles all over the Lebanese roads, which produce a large amount of carbon because they have been overused over many years.

The high pollution levels in Lebanon are man-made, then. Politicians bear the responsibility for the crisis. To understand the picture today, one need only look back at 2015 when Beirut’s streets were filled with rubbish that the government would not pick up for months.

Not that there is any difference between the stench of unpicked street garbage and the smoke emanating from incinerators. It all just stinks.

This article was produced with the support of Rosa Luxembourg Stiftung.